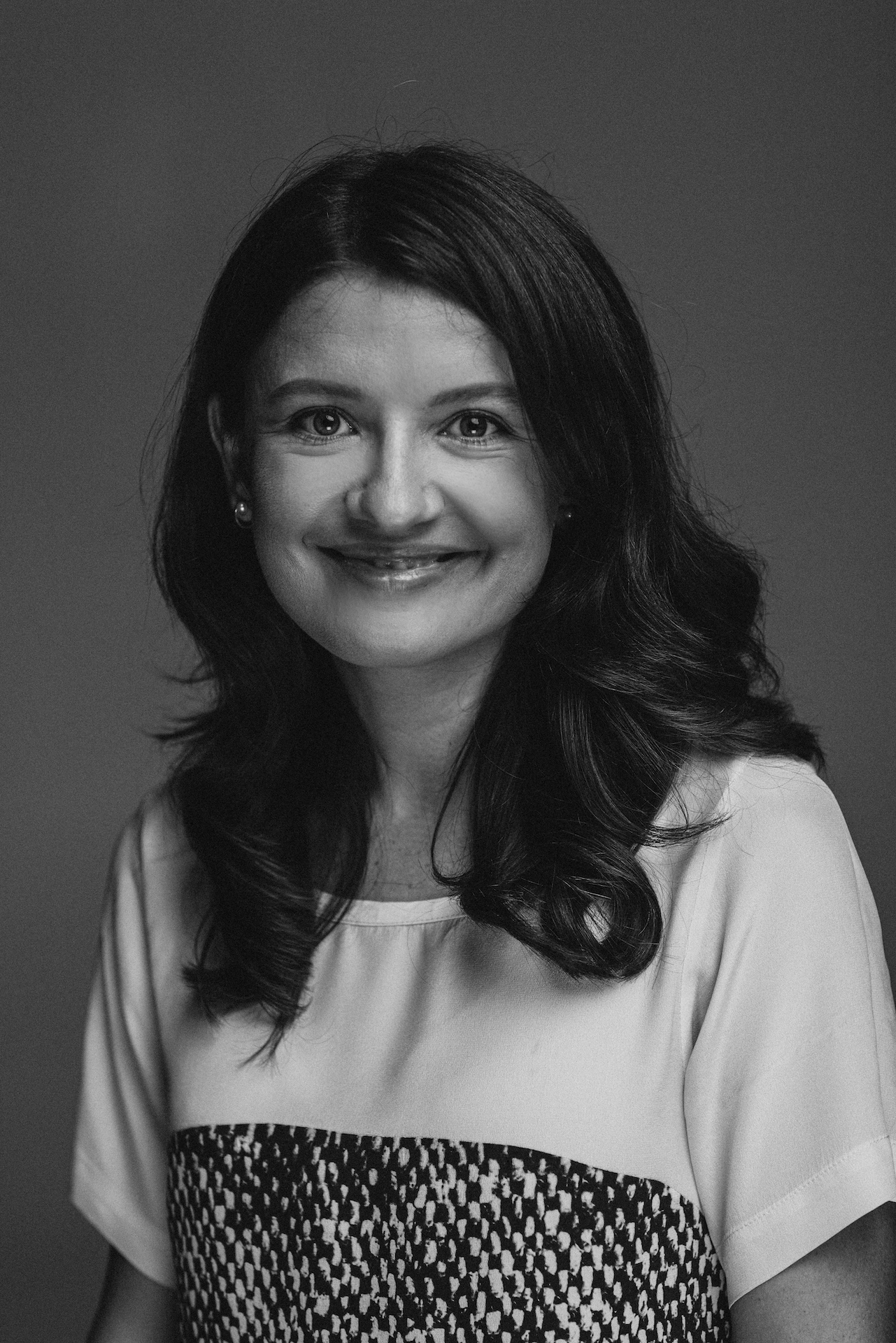 Film director, writer, author of prose and poetry books. Winner of the 'Directing Award: World Cinema Documentary' for her debut film 'The Earth is Blue as an Orange' at Sundance Film Festival. Author of publications, and several prose and poetry books, such as 'Red Marks on Black', 'Depth of Field', and others.
I happened to be involved in the film and literature industry by accident. There were no people with a creative background in my family. However, I always loved to read and at the age of nine, I started to write my first poetry. And during my teenage years, I fell in love with contemporary Ukrainian literature.

It was an unexpected decision to study film directing. I got inspired by my relative, who worked at a TV channel. At the time, it seemed that people who worked on television were from another dimension. Thus, I got into TV directing, but later chose cinema instead of television. 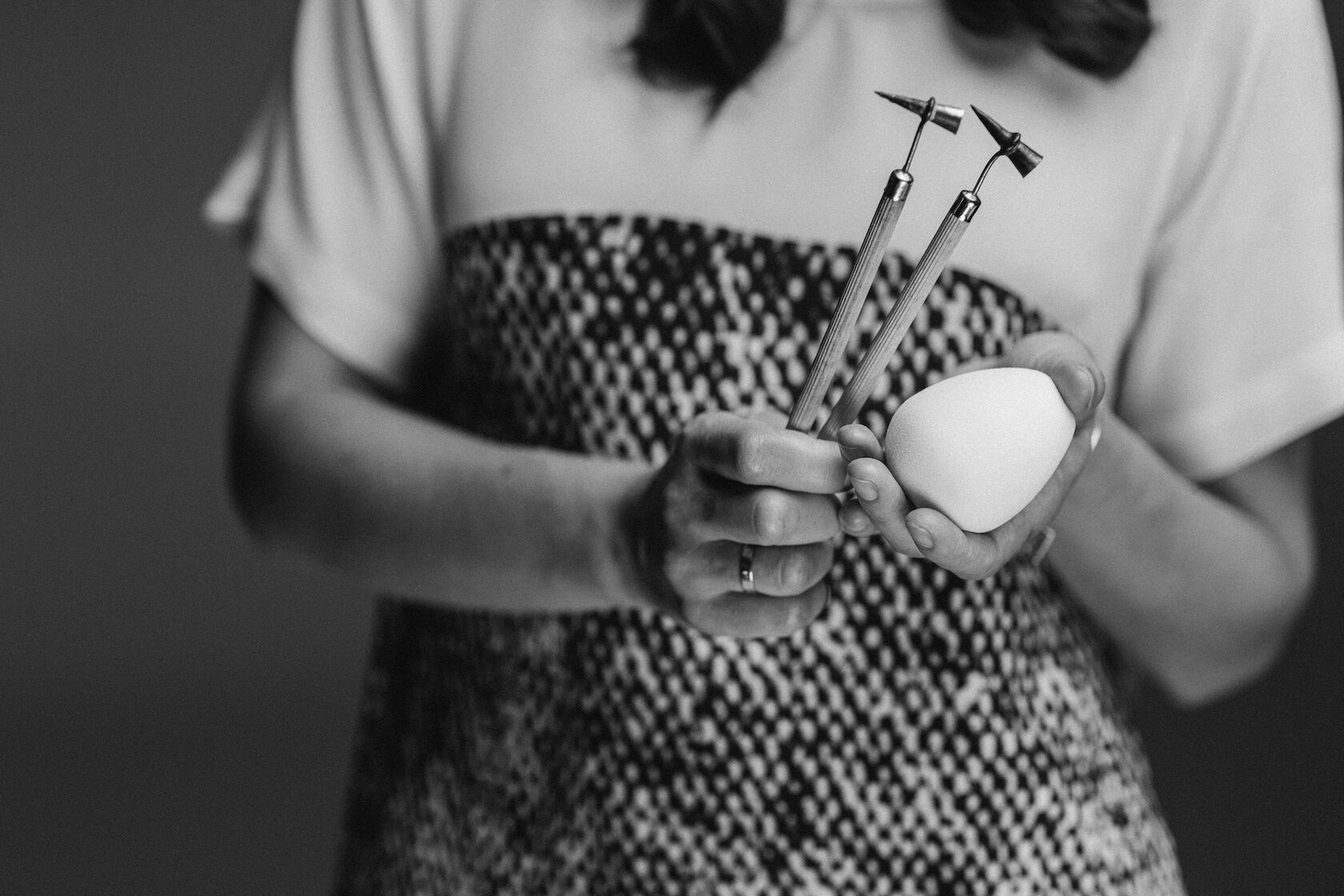 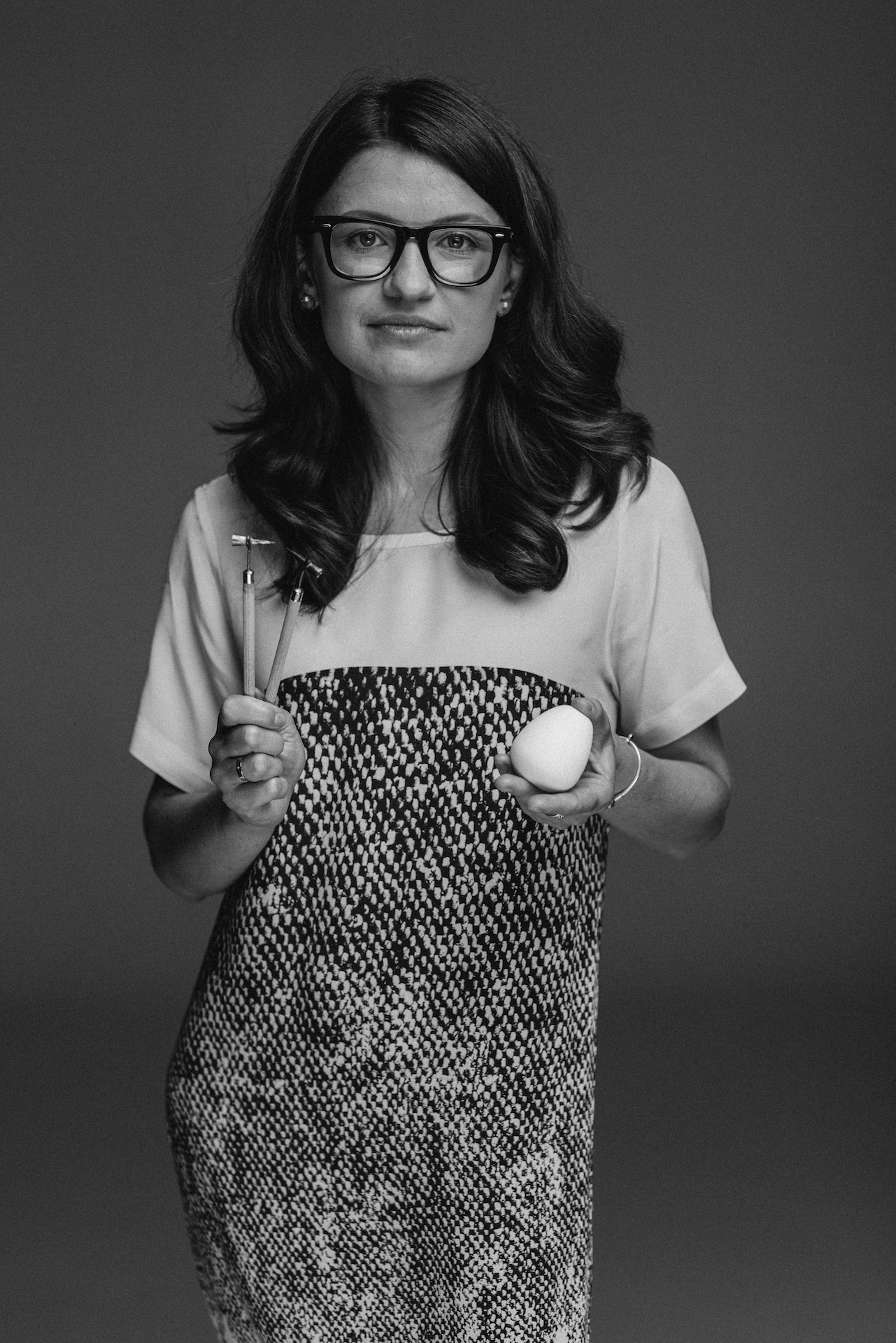 My first project was a short film called 'Blue Hour', which was released solely due to the enthusiasm of different people. I wrote the script quickly, believing that thanks to our enthusiasm, everything could be done. Jan Hoffmann, our cameraman from Germany, who also worked with Rammstein, believed it too.

I still love the atmosphere of this short film: Kyiv is completely different at 5 am, it is more honest than in the afternoon. The film was not a big success, but everyone enjoyed the process of creating it.

I tried both, documentaries and feature films, each has its own traits. With feature films, I loved the feeling of being a god that creates his own universe. It is an unbelievable feeling of power and inner freedom when you see how your vision is being brought to life by the actors and the crew.
The film directing faculty shocked me by its decadence. There was a feeling of a special creative atmosphere there, which in fact was a state of complete stagnation. But I was 16 back then, and I felt an extreme desire for knowledge while preparing for admission exams because I have never watched anything apart from Soviet films
The situation with documentaries is the opposite––the reality around you is god, not you. And the director's talent lies in his ability to capture people, their emotions, special moments, those that no screenwriter would be able to come up with
Portrait documentary demands director's extreme endurance and fast decision-making skills. You feel responsible for the people that you filmed, it also feels like you've lived and seen their whole life. You change people's lives when you come to them with a camera.

To some extent, the film 'The Earth is Blue as an Orange' became a psychodrama for our actors. The family, featured in the film, recreated episodes from their first and most traumatic years of the war, in order to create a short film about themselves. This experience, as well as our film, enabled them to look at their lives from a distance. That's when I felt that films could have a certain therapeutic effect.

I went to Donbas with my literature performances several times. Through the reactions of my listeners, I realised that this is also a way to talk about our traumas out loud. It is a way to recognize our own people.
Art has the power during a time of war. When you see how people laugh and cry while watching a film, how they understand each other and themselves better, you realise that what you do isn't for nothing. It is one of the ways to have a conversation with each other
The last seven years changed me more than anything else. One of the most significant turning points was The Revolution of Dignity (mass protests in 2013-2014 against corruption and in support of the European path of development of Ukraine's foreign policy). I remember when our three-year-old son was given a microphone at the Maidan stage, and he said: "Glory to Ukraine" ("Slava Ukraini"), and a crowd of thousands replied: "Glory to the heroes!" ("Heroyam slava!"). I was struck by the power of unity, however, I romanticised the Maidan a bit in the early days. Then, everything changed, those were difficult times, but the feeling of a powerful unity with people around you only intensified.

I recall how my grandmother spent the whole night listening to the 1991 Ukrainian independence referendum results on the radio. I was eight years old, and I remember how she was still listening when I woke up in the morning. Little did we know that years later, we will also be sitting and watching streaming of The Revolution of Dignity, or we will be present at the heart of the event.
My grandmother introduced me to the world of Ukrainian culture, and therefore, to Ukrainian self-identification. I was a girl who grew up in a Russian-speaking Sviatoshyn (residential area in Kyiv), and I had an ordinary childhood. But then, the 'Soviet empire' collapsed, and everything started to change, including my home. My grandmother joined the Ukrainian Women's Union (the largest women's organisation in Halychyna, which existed in Lviv from 1917 to 1939), which was reestablished in Kyiv in 1991. In this environment, people were speaking beautiful Ukrainian language, they were talking about poetry and Ukrainian traditions in particular. I also understand now that union at that time was full of a feminist spirit.
Meetings of the Union were also very interesting for children. Among other things, at those meetings, I was introduced to the art of decorating pysanka (Ukrainian Easter egg, decorated with traditional folk designs). I can't say that I became a professional, but it is my hobby, and now, almost every year, our family decorates pysanka for Easter. You do these simple actions: take wax, put it on your stylus, hold it over a candle, inscribe your crooked line on a white egg, which reminds you of a blank canvas, where you could create a whole new world. The same lines were inscribed for hundreds and thousands of years before you––that's when one feels the connection to their ancestors, code, and knowledge about oneself.

When several people are sitting at the table and decorating pysanky together, there is a dialogue or polylogue. That's why I love it. I was doing it when I was a child, and now my son is doing it too. Cultural continuity sounds quite pompous. But all those things that were done by our ancestors and repeated by the next generations for centuries create an important bond between all of us.
Now I am learning to accept and perceive my country as it is, not as I would like it to be. Society is stratified, and there is no chance for rapid change. But it is important to not be passive during times of great changes 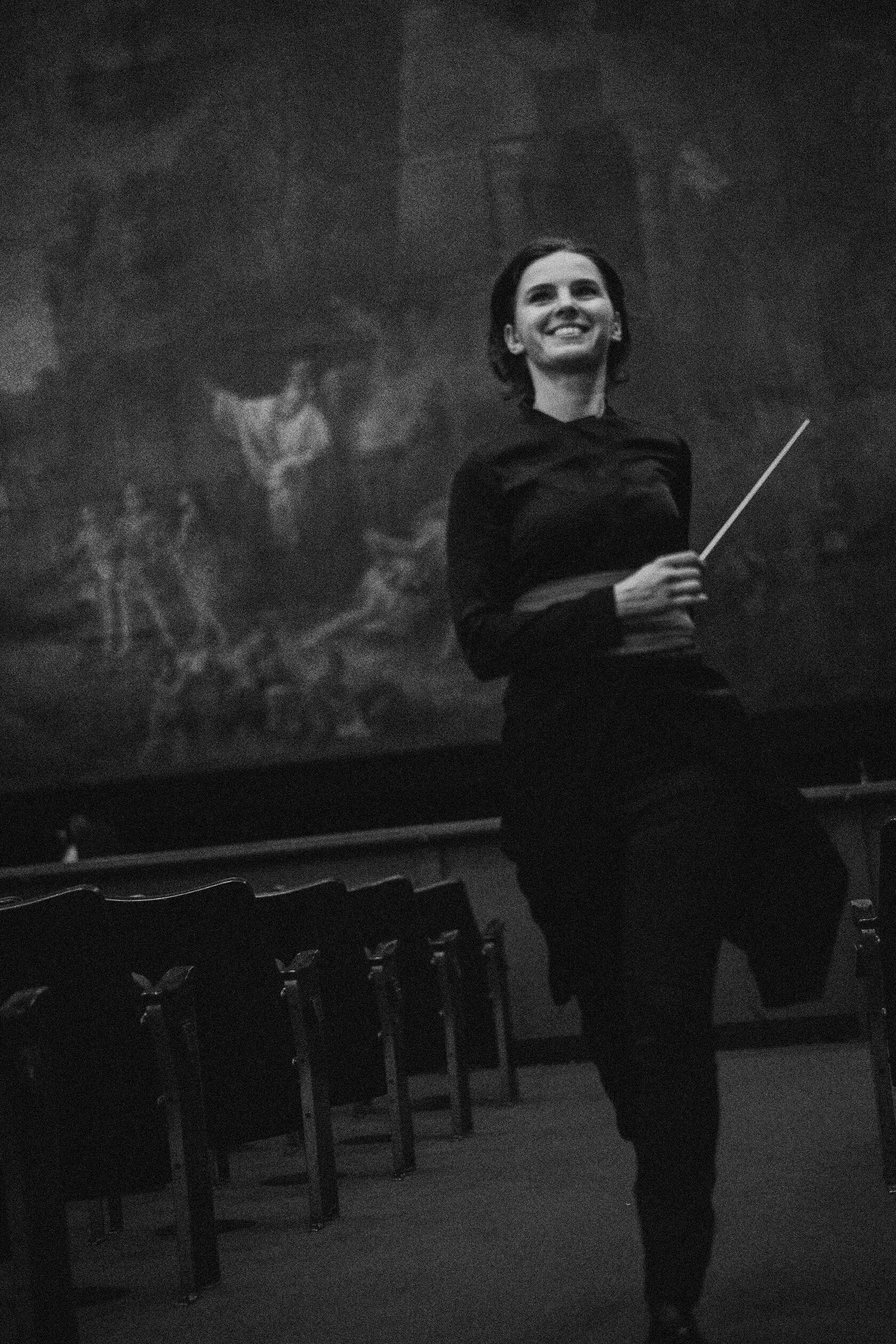