Also, I consider the film 'The White Bird Marked with Black' directed by Yuri Ilyenko, to be a special achievement of our film industry. It can rightfully be added to the spiritual heritage of Ukraine. One of the leading roles in this movie is played by my favourite actor Ivan Mykolaichuk.

Journalist, human rights activist and public figure. In 2000, her husband, opposition journalist, and founder of 'Ukrainska Pravda' (an independent online media), Georgiy Gongadze, was abducted and murdered after long surveillance by the policemen led by General Anatoliy Pukach. Despite a lengthy investigation, evidences, and testimony of the performers of the crime, only direct performers were punished, but those who ordered the murder are still not named or punished. Myroslava now manages the Ukrainian edition of the 'Voice of America' in Washington D. C., actively works with international media to analyse and cover events in Ukraine at the international level. She also won a lawsuit in the case of Georgiy Gongadze's murder at the European Court of Human Rights. 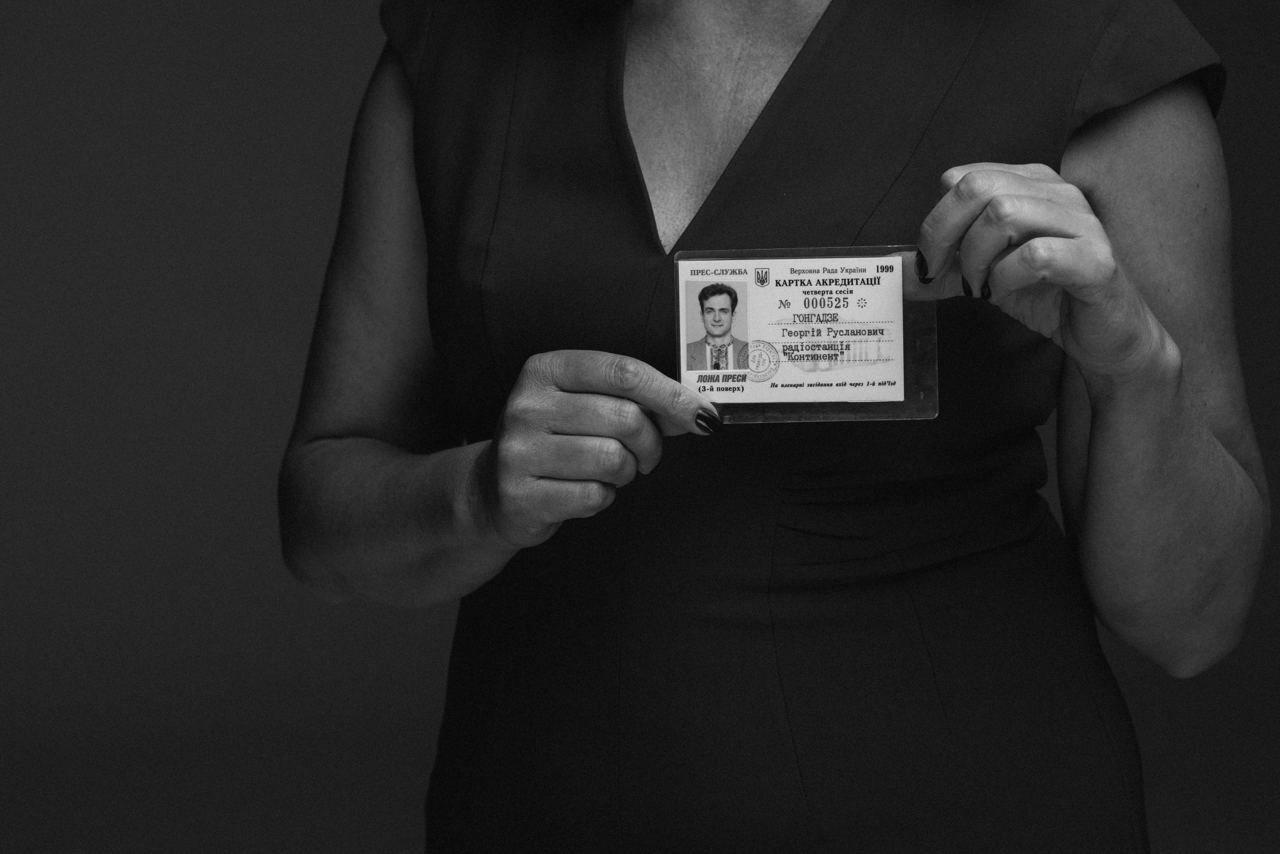 Since I was a child, I was instilled with a love for Ukraine and for my native land. A hamlet near Berezhany, where my grandparents lived after emigration from under Polish border, is still my place of strength. With our big family, we sang carols, prayed, and celebrated religious holidays.

Patriotism — is a love for the land where you live, care for others, respect for the government and its laws. It is also about an effort you make to create a better life in your country. Patriotism is an action, choice, courage, and initiative.

On the helmet there is a trizub drawn by Mykola. 'We shall meet in the place, where there is no darkness' is written on one side. It's a quote from Orwell's 1984. An imaginary future which to this day has not come. On the other side there is a quote from Yuriy Mykhalchyshyn, a future officer in the Azov Battalion: 'The taste of blood on lips which in and of themselves form into a calm smile. The front row of riot police shifting from foot to foot impatiently in anticipation of a signal. Fists clenched so tight they hurt. The coming darkness. We will meet it together. Shoulder to shoulder'.

At war I never expected defeat. But during Maidan, I never hoped for victory. For me this helmet is, probably, about the fact that sometimes this victory — however bitter, painful and short-lived it seemed — can be attained even with pure crystallised hopelessness.
When we deny facts, we undermine the foundations of our democratic society. Facts are essential for debates, progress, reconciliation, compromises, justice, and the rule of law.

Reporters, who are always in search of facts, are true heroes of our society. As warriors with weapons, who defend our peaceful life, journalists protect us from misinformation with the help of words. A lot of them, just like my husband Georgiy Gongadze, die on a battlefield. Unfortunately, journalism still remains a dangerous occupation.

Ukraine should protect its national security, including information security. At the same time, it should be done within the legal framework, not for the purpose of political expediency: from interviews with the president of Ukraine to the war reporting and stories about ordinary Ukrainians who do extraordinary things. I consider the development of the "Voice of America" Ukrainian service team to be one of the most important steps towards this goal.
Today, the truth for me — is the fact. We need to look for facts and draw conclusions based on facts, but not on our own interpretation of facts. Comparison and analysis of facts lead us to the truth
The foundation of my vocation was established from early childhood. At school, we were studying a lot about Stalin's politics of industrialisation or The French Revolution, but almost nothing about the heritage and history of Ukraine. Since I was young, I understood that I can't tell people everything my parents say to me. I can't tell everyone what I heard from a foreign radio station, which my father was secretly listening to. I started to question, what is the truth — is it something we are told at school, or something our parents teach us at home? The desire to find the answer led me to journalism, where I have worked for more than twenty-five years.
We have become a conscious nation, but there is still a lot of work to be done. Ukrainians are ready to fight for their rights, freedom, identity. A generation has been born and raised, for whom an independent Ukraine became a fact that cannot be doubted.

For all these years, my activity was connected to Ukraine. After moving to the United States, I visited Ukraine to cover and analyse the situation for international media. And I see how the world's attitude towards Ukraine has changed after the Revolution of Dignity. After getting to know Ukrainians better, the world sees them as inspired, gifted and hardworking people. Those who seek peace, justice, and stability in their country, and those who are ready to fight for it. Apart from that, our people have an exceptional pool of creativity and love for life.
However, the most valuable thing that I took with me when emigrating was my husband's journalist pass with a picture of him wearing a vyshyvanka. Georgiy chose it himself and was wearing it even before it became common or fashionable.

This is a journalist pass to Verkhovna Rada of Ukraine, and for Georgiy, Ukrainian identity was extremely important. He cared deeply about Ukraine, and he said that he could give his life for it. Unfortunately, it happened, and he changed Ukraine and the direction of its development, if not by his life, but by his death.

For me, this pass became a symbol of the fight for Ukraine and of the love for it. It is a symbol of hope and sacrifice that heroes of Ukraine are paying and will pay for the sake of the freedom and welfare of their country.

From the Maidan, I have a very valuable gift — a helmet, which was signed by the protesters and sent to me during the days of tense confrontation. When the package arrived in Washington, it still smelled of the Maidan smoke
I considered myself Ukrainian for as long as I remember. I grew up in a Ukrainian-speaking family, a lot of my relatives suffered from Soviet repressions
I am trying to show that you can't give up, even if a situation is hopeless. The case of Gongadze and our fight for justice became a forerunner of Ukrainian revolutions. The ability of my active actions to inspire a change on a social scale is the most important result for me. But our work is not done yet, we still have a lot to do.

I see my mission in informing, uniting, and inspiring people and whole countries. I want people to receive high-quality information, which they could use for making informed decisions. I also want to see Ukraine thriving — I believe in its potential.
At the same time, I still consider that my main goal, to which I devoted twenty years of my life, is to seek justice for the murder of my husband Georgiy Gongadze
Ukrainian civil society today is the foundation of democracy 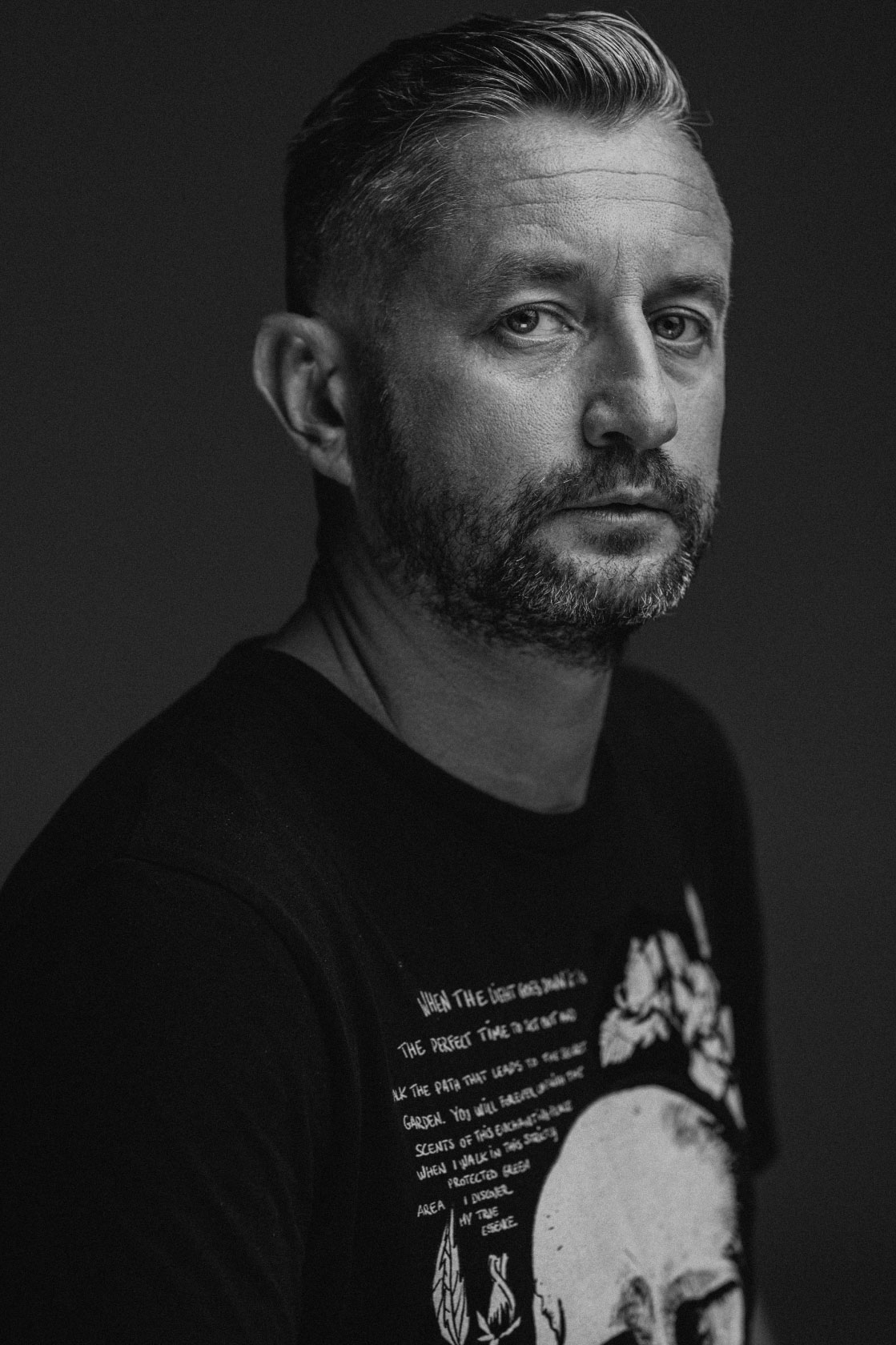