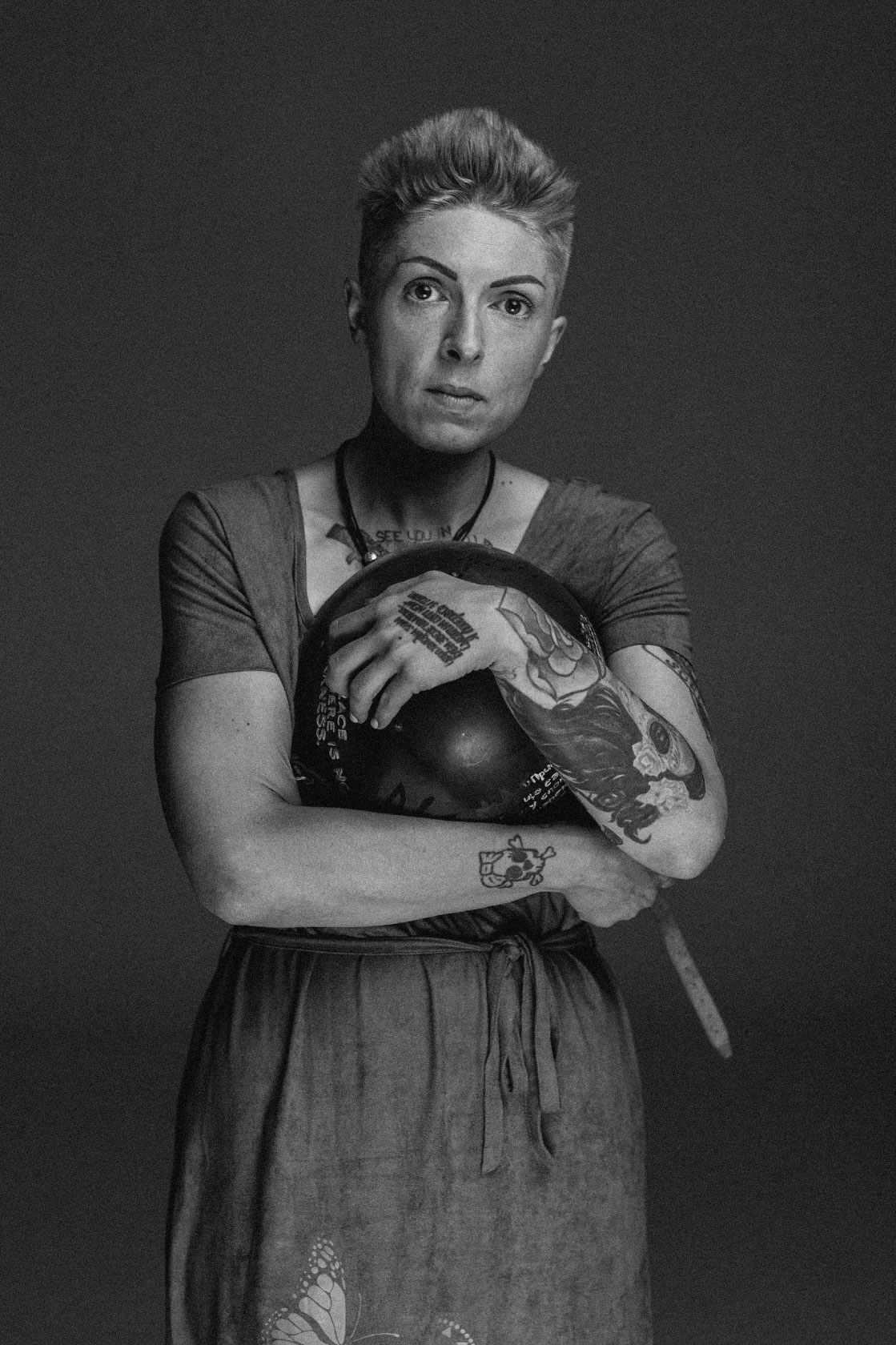 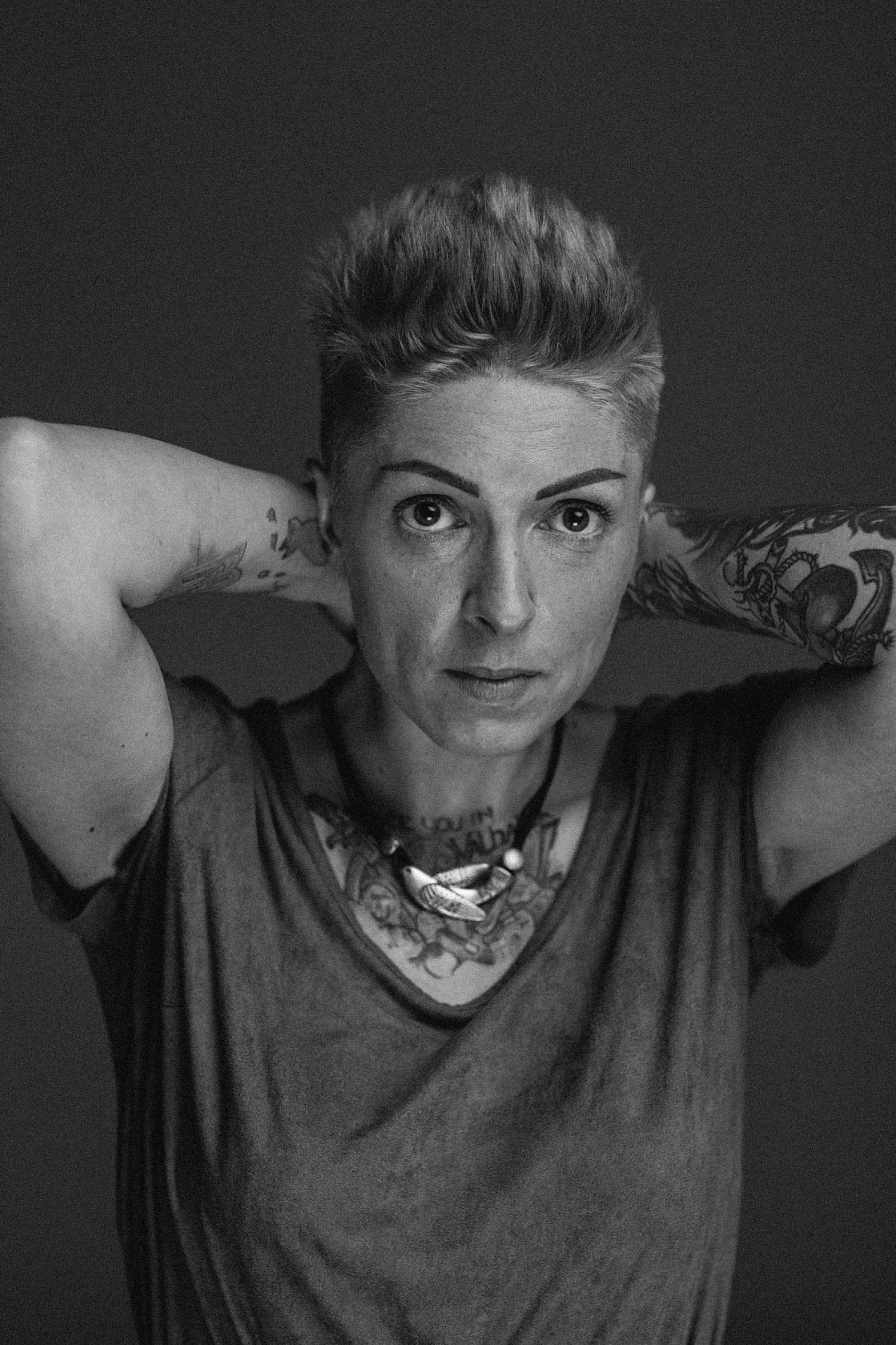 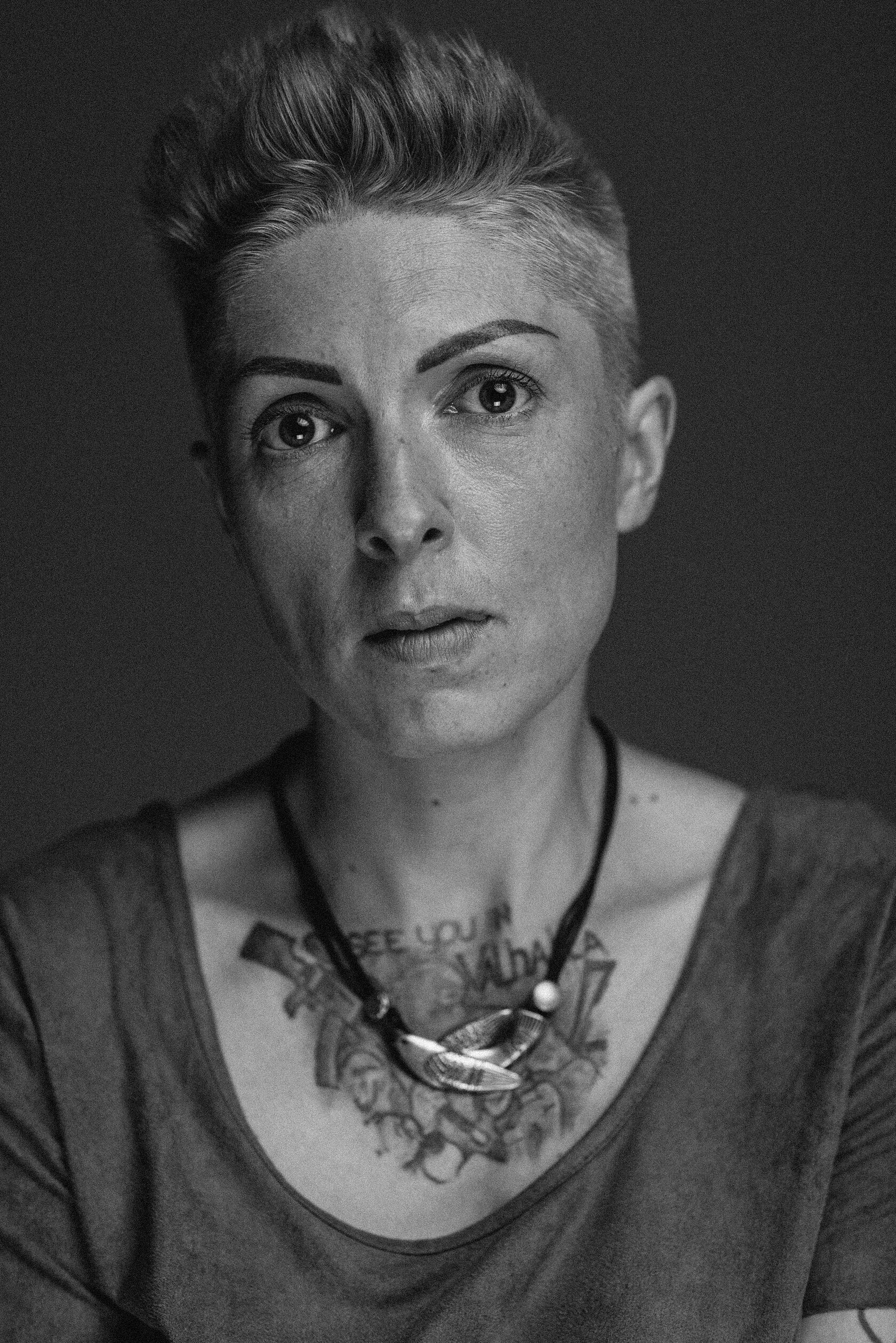 Journalist, writer, soldier. She began to participate in military operations in the East of Ukraine as part of the 'Carpathian Sich' volunteer unit. She continued her military service as part of the 93rd Independent Mechanized Brigade of the Ukrainian Armed Forces. Before long she held the position of commanding officer of the mortar detachment of the 54th Brigade of the Ukrainian Armed Forces. She holds the rank of Junior Sergeant. She is the author of Life P.S., in which she describes events on the front through letters to her deceased fiancé Anatoliy Harkavenko (call sign 'Swabbie'), also a soldier.

*audio translation from Ukrainian is recorded by a professional narrator 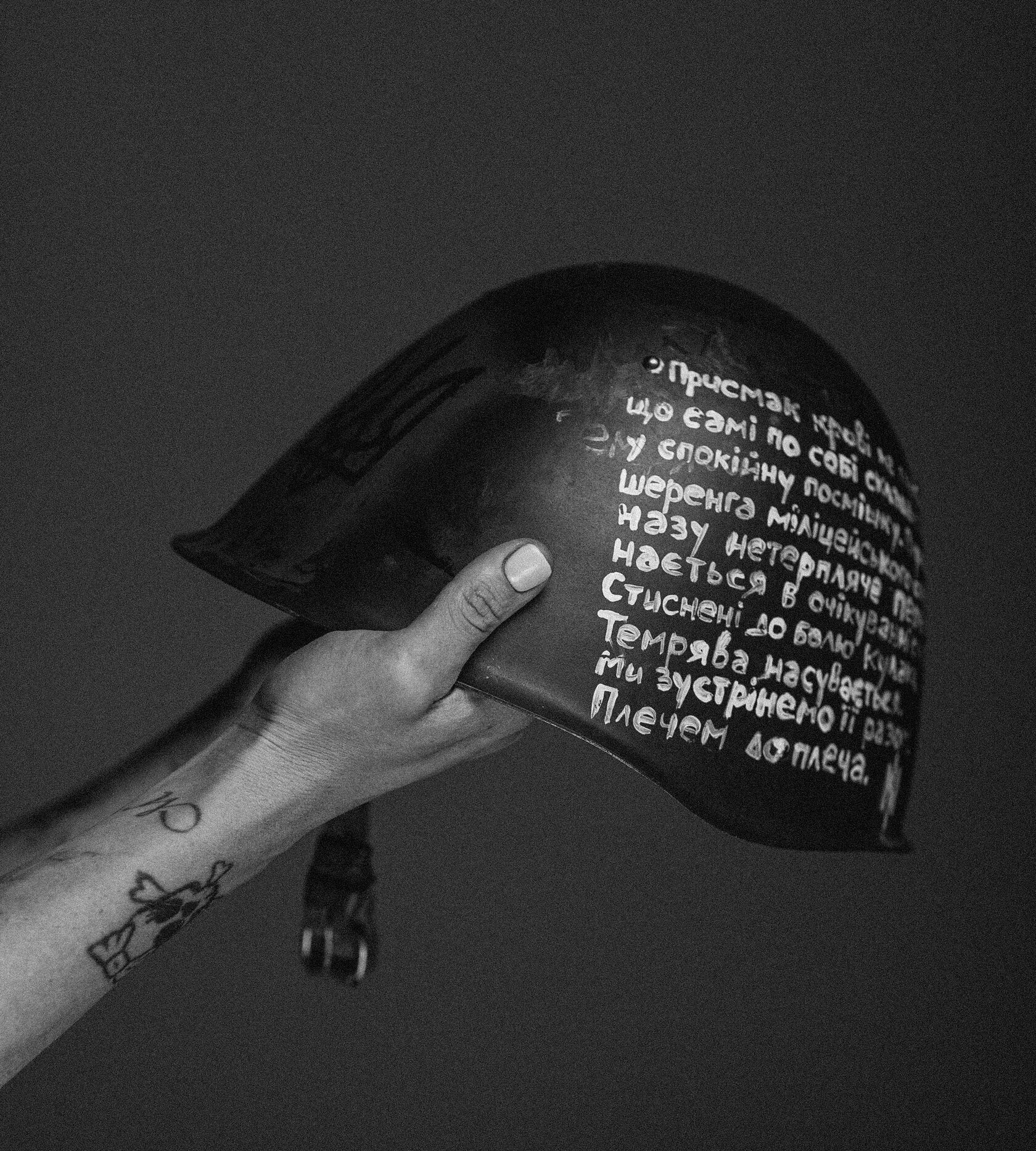 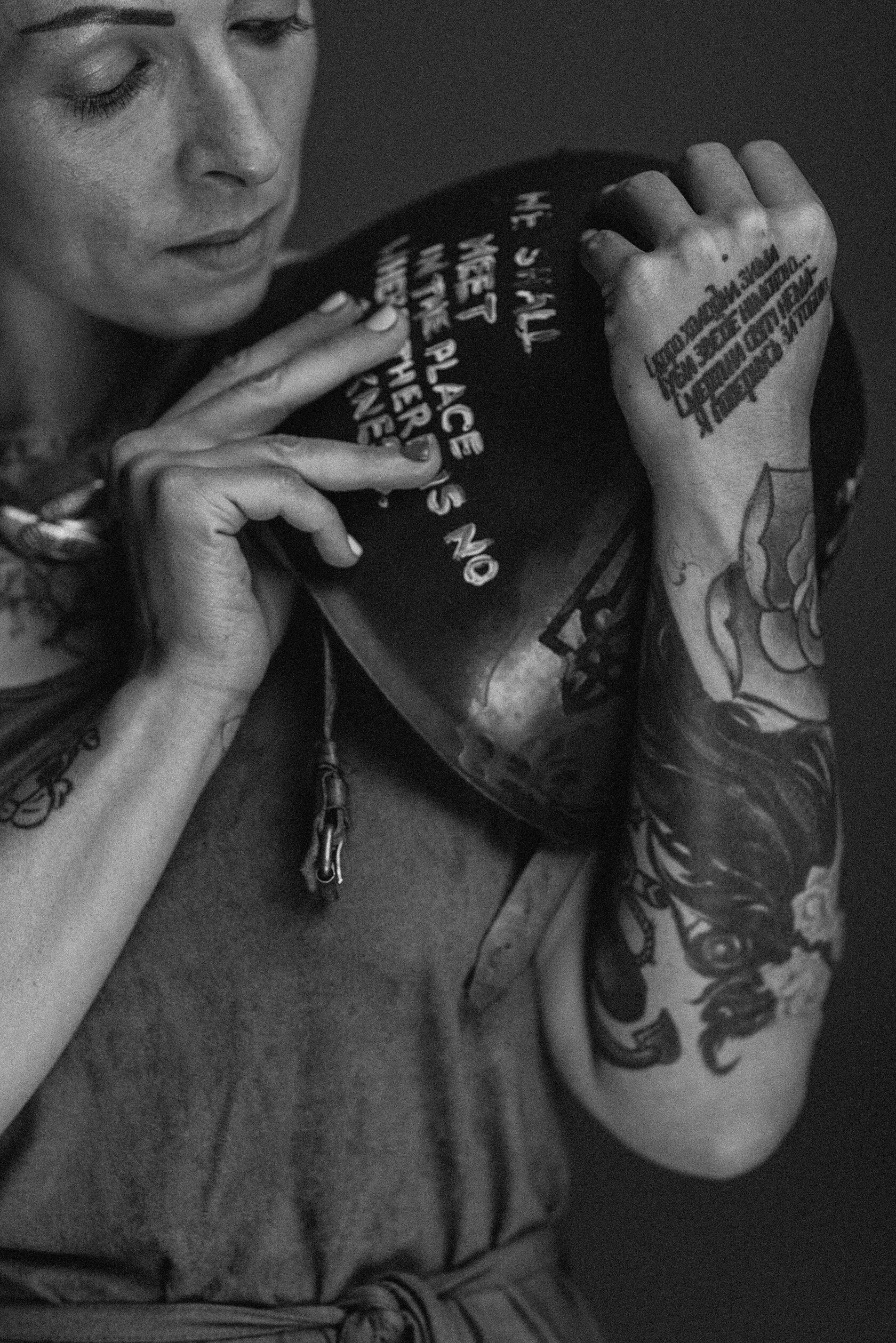 I consider patriotism to be first and foremost about concern, the ability to care for something other than yourself. For something actually more important than you yourself. Because, fundamentally, this is us.
During Maidan (the Revolution of Dignity, a mass protest moment in 2013-2014 against corruption and in support of the European direction in Ukraine's foreign policy) and the War in Donbas the world saw Ukrainians exactly as they are in the best moments of life. We know how to stand up for our rights. And this is not in fact something that all nations can do, it is a wonderful trait.

Night from the 18th to the 21st of February during Maidan was extremely difficult (18-21 February 2014 was a period of harsh opposition with security forces during the Revolution of Dignity, which ended in the shooting of protesters). I was absolutely lost in time then, the days and nights blended into one another. I do not how long I didn't sleep for. From about 3 or 4 o'clock until the shooting of the Heavenly Hundred I was sent home. I woke up in the evening, and everything had already happened, they had already died.

It was a feeling as if you had betrayed everyone and just run from the bullets. And I did not know how I would go on living with it, if it wasn't for the war. For the first half a year I was unable to find a unit which would take me as a fighter. But eventually I found myself outside Donetsk in 'Carpathian Sich' with someone else's Saiga in my hands.

When my love died at the Butovka mine, his blood brothers decided that they had to support me. I just wanted to be alone for a while, but there wasn't an opportunity for that. At some point in order to escape all the conversations and sympathy, I started to write him letters on my phone.

Ultimately it was exactly this that became my redemption. I started to write to my love every day, reminiscing about what had happened earlier and recounting what was happening now. I understood that I could not write to a dead man forever, therefore I immediately limited myself: I will write for 40 days. Before long these letters became the book Life P.S.

My fellows on the front, volunteers, Maidan participants, those who are not indifferent to this country: we are all a little broken inside, probably. It was no longer that easy for us to smile genuinely. But we had other responsibilities on the front. There are children who nobody will raise to be Ukrainians anymore. There are our dead, for whom we need to finish off everything that they did not manage to do. This gives strength and forces you to live on.
My greatest fear during the war was exactly that: to show my fear. Or my doubts, or fatigue. So as not to feel that my being on the front line was a mistake.

At war I learnt to battle, to survive, I understood that something depended on me. Or, more precisely, everything.

At the front I changed a multitude of helmets: volunteer ones, army ones. Body armour was changed, weapons were changed. But my Maidan helmet is about the evening of the 18th of February 2014. About a feeling of hopelessness and doom. And of the preparedness to remain at the Maidan no matter what. Because if you did anything else, you would betray friends, Ukraine, yourself. It was a gift from my friend Mykola, and soon after we fought together.

On the helmet there is a trizub drawn by Mykola. 'We shall meet in the place, where there is no darkness' is written on one side. It's a quote from Orwell's 1984. An imaginary future which to this day has not come. On the other side there is a quote from Yuriy Mykhalchyshyn, a future officer in the Azov Battalion: 'The taste of blood on lips which in and of themselves form into a calm smile. The front row of riot police shifting from foot to foot impatiently in anticipation of a signal. Fists clenched so tight they hurt. The coming darkness. We will meet it together. Shoulder to shoulder'.

At war I never expected defeat. But during Maidan, I never hoped for victory. For me this helmet is, probably, about the fact that sometimes this victory — however bitter, painful and short-lived it seemed — can be attained even with pure crystallised hopelessness.

Earlier I believed that my pieces changed something. Now I do not strive for this, at the very least that which I have done in recent years has a different aim. I want to preserve memories. Memories of people, living and dead, that went through war.

I was born in Kyiv, but in my childhood I lived in Azerbaijan, Russia and Odesa. At about 13 I went to Carpathians for the first time, where I heard the living Ukrainian language.

In my world at that point we never spoke in it, only learned it in school. In 2011, after my return to Kyiv, I decided to switch to Ukrainian in my everyday life. It all worked out, and now it is Ukrainian that my three-year-old son speaks.
Today for me journalism is not about investigations, not about 'loud' interviews with politicians, not about the hottest news. All of this is important, interesting, necessary, just not for me. What's for me is people and moments.
My grandmother and mother were journalists, therefore right from childhood I spent a not inconsiderable amount of time in editorial offices. Sometime when I was about 13, a moved teacher read my composition to my classmates. It seems that in that moment I understood that journalism is not a bad choice.

Until the war I was infatuated with reportage — detailed texts, with the emotions, views, dialogues of passers-by. Now a large part of my work is interaction with soldiers. And my favourite text of this 'post army' period: an interview with Lieutenant-Colonel Nikolov from the Donbas Battalion. 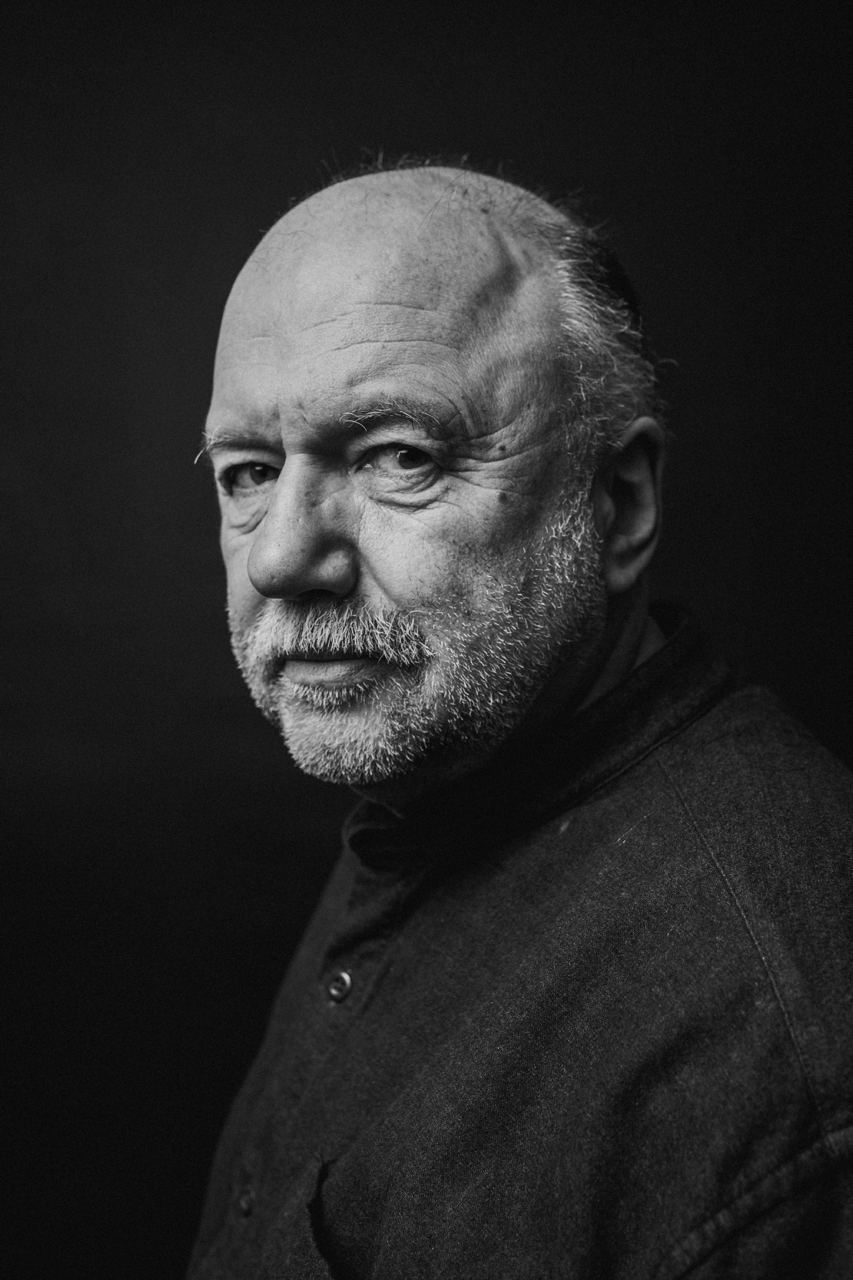