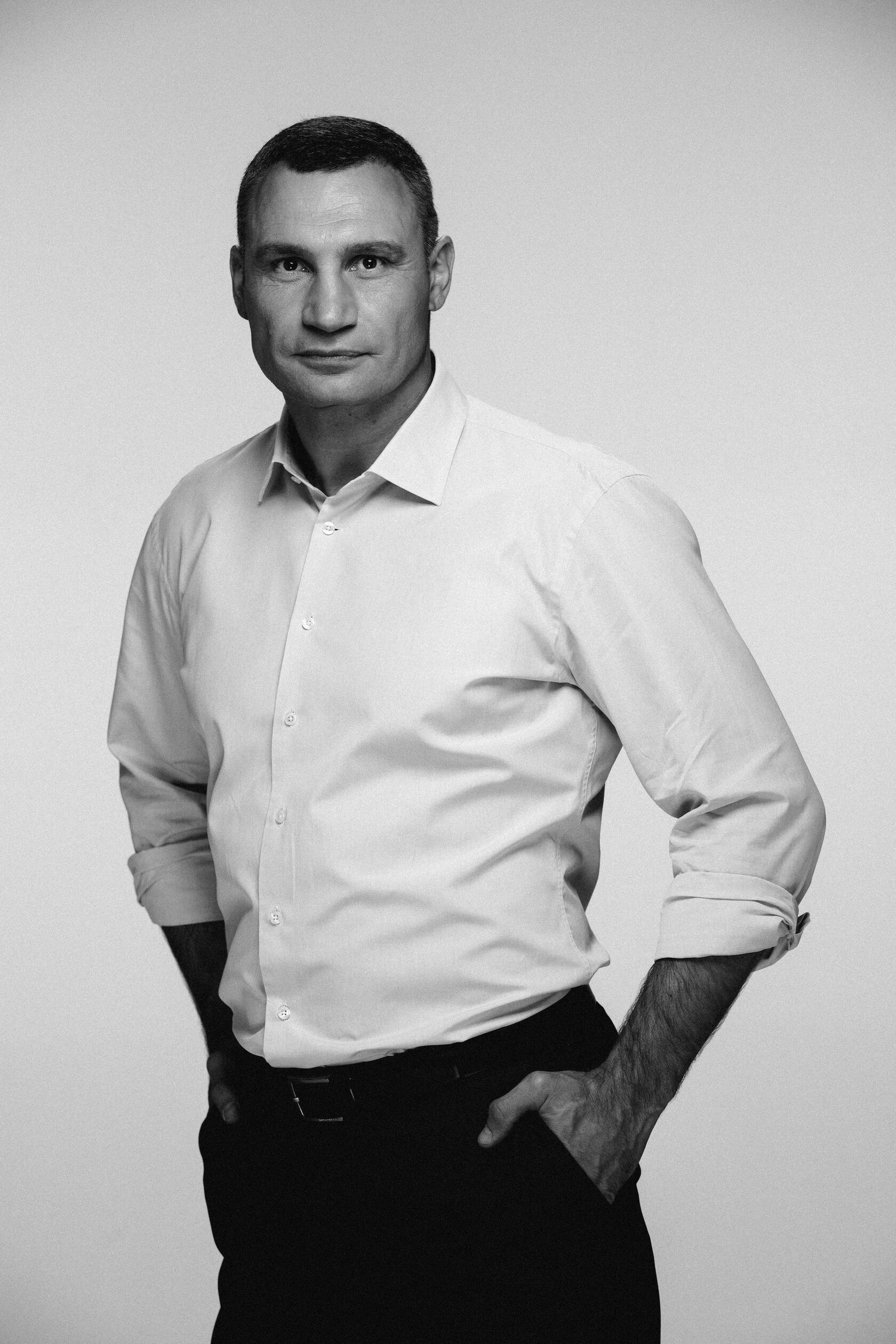 Ukrainian boxer, philanthropist and Mayor of Kyiv since 2014. Six-time kickboxing world champion, WBO, WBC, and The Ring world heavyweight champion, silver medallist in the AIBA World Amateur Boxing Championships, the only boxer to have been presented with the WBC 'Eternal' world champion belt in the heavyweight division and so on. In 1998, he ended up in the Guinness Book of World Records as the first champion to win 26 fights with the smallest time expenditures. And in 2003 he and his brother, Volodymyr Klychko, founded the Klychko Brothers Foundation, which helps children in their dream of achieving their goals.
There are defeats—this is a big disappointment, but simultaneously a frantic motivation to prove that it was down to chance. I had just two defeats, which practically weren't even defeats.

As a professional sportsman, I had many principles: prepare well, don't feel sorry for yourself, listen to your trainer, be disciplined, follow the prescribed plan of action and so on. You need to be 100% devoted to the fight, and this is difficult.
In my childhood, I dreamed of being a cosmonaut. We lived by the Baikonur cosmodrome and watched the spaceship launches with admiration. I got into boxing by accident. A trainer came to us in class and asked, "Boys, who wants to become a boxer?". We all raised our hands and put our names down for the club. But then there came disappointment, because I was still skinny and weak. The trainer looked at me and said: "Maybe you should do another sport?". This was an insult to me. I was not worse than the others—proving this became my primary motivation. I decided to show everyone that I could.

In life, it is important not only to have the capability to battle and inflict blows, but also to know how to take them. Sometimes you can end up on the floor, but you need to find the strength in yourself to get up and fight more. It is only those that continue the fight that have a chance at victory.
Life is a cruel struggle. For your values, family, city, country, for independence
Elite sport is violence on oneself, exertions at the limits of human capability. This is why they say that the fight is a dessert, and the most challenging part is the gruelling preparation for it. Therefore, I can single out one of the most important principles or, rather, the credo of my life: nothing is impossible.

The last time my brother and I met in the ring was when Volodymyr was 18, before we entered professional sport. He broke his leg out of the blue. It was not in vain that my mother said: "Never stand against your brother". With this, our competitions in the ring ended, and our support for each other became stronger. So in professional sport we were not opponents, although we were offered a lot of money to fight against each other. However, love for one's brother cannot be measured in money.
If you are going to doubt what you do, you will never become a winner. If you doubt yourself, then the majority of people will do too 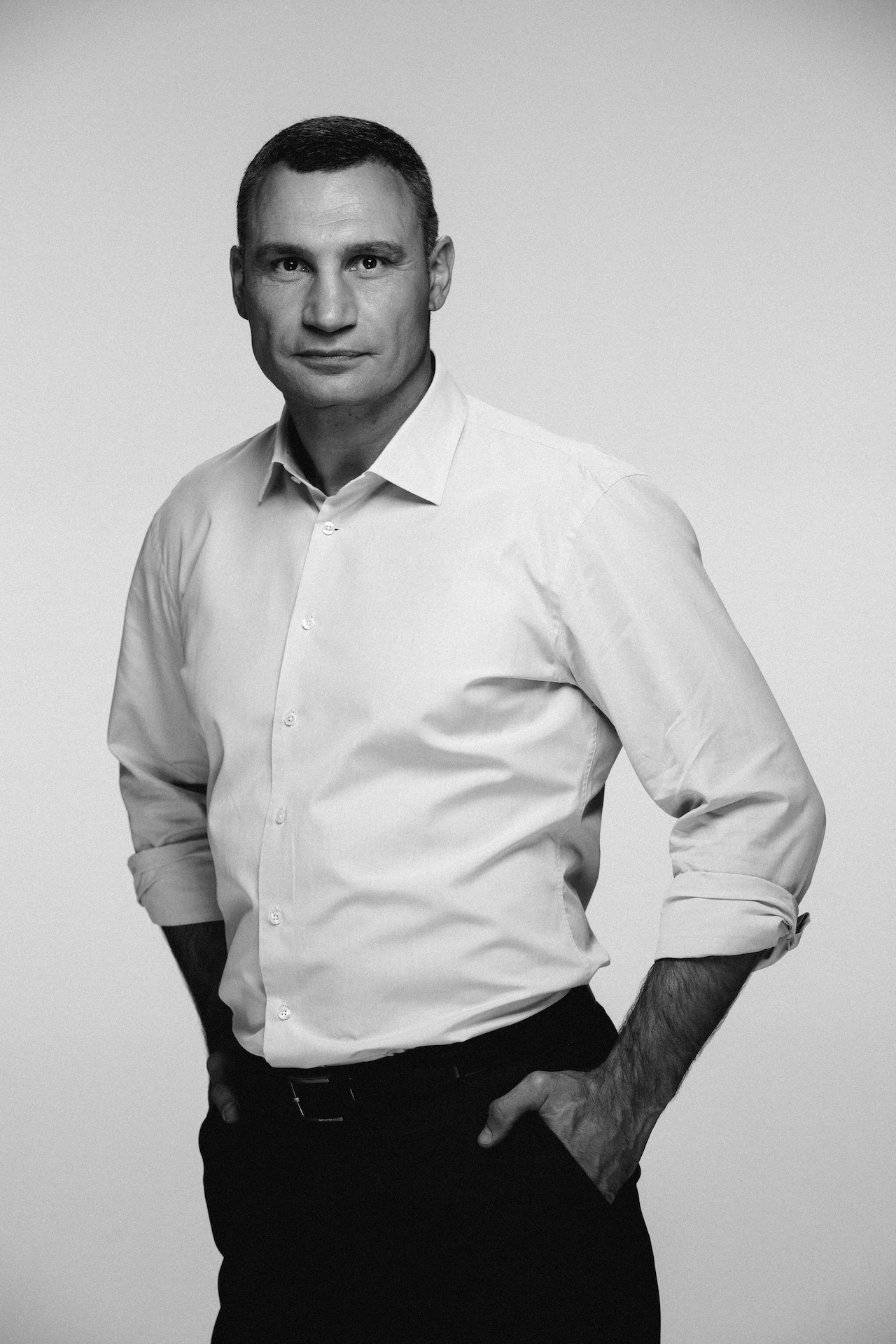 My main goal is to get a top result. In sport, I achieved everything, my brother and I achieved almost all the awards that were possible. Now as mayor of a city I have a strategic goal: Kyiv should be in line with European standards of living. This is a much more difficult task, because in sport everything depends personally on you, but here it depends on many factors which you cannot influence directly. Moreover, in the ring you have one opponent, but in politics there are hundreds of them. In sport, there are defined rules, which you can be disqualified for violating. But in politics, there are no such rules. It is no-holds-barred.

In 2003, my brother and I founded the Klychko Brothers Foundation. At some point in childhood, we didn't have boxing gloves. Towards the end of the 1980s I didn't have boots, I trained barefoot. There was no money to go to competitions, although I desperately wanted to. I am grateful to the people who helped me then, and thanks to whom my path was a lot easier. Therefore, my whole life I have committed this truth to memory: if you can help other people, then you should do it. Especially children who are dreaming of something.

I first perceived myself as a Ukrainian when I was living in Germany. Then I understood that my activities were something bigger than sporting achievements. When a young guy came up to me after training and said: "Thank you for everything you do for Ukraine". His family had moved from Ukraine to Germany long ago, and immediately he began to be tormented in school for where he was from. And with my emergence in the ring he began to fight back and proudly answer: "Yes, I'm a Ukrainian and I'm proud of it. Because Klychko is also from Ukraine". And nobody could answer back to him.
Family is the foundation of life
At the moment of the declaration of independence, I was serving in the army, in the sports squadron in Kyiv. Then I only observed and did not yet have a fundamental sense of involvement. I consider the Revolution of Dignity (mass protest movement in 2013-2014 against corruption and in support of the European direction in Ukraine's foreign policy) to be the most important event during Ukraine's independence. Blood was spilt, but not in vain. Only at this moment did we feel our identity and unity, and understood that we have a common Ukrainian idea.
Mine has always been close by, at all my fights—it is the flag of Ukraine. After a fight I would wrap myself up in it, my brother did the same thing. It is a symbol that brings us success, and celebrates our country in the global ring. I liked it and found it flattering that in whatever country the fight took place, the arena was yellow and blue. And thanks to us, the same was with the ring. I felt euphoria and victory—not just for myself, but also for the nation.

It is possible to philosophise a lot, claim love for one's country and be prepared to give everything away for it. But, unfortunately, there are not so many people that prove this with their deeds. Therefore, I have the greatest respect for every young man that does not hide, goes to defend the Motherland and fulfil his duty to it. I look upon everyone who has put on a military uniform with great respect. People who have gone through the army are really something else. They are prepared to fight, to sacrifice, to fall and get up, so as to strengthen the pride of the country with their own deeds
Without symbols life has no meaning
What my brother and I do is not just sport, it already has essential significance for other people, including for the Ukrainian diaspora across the world 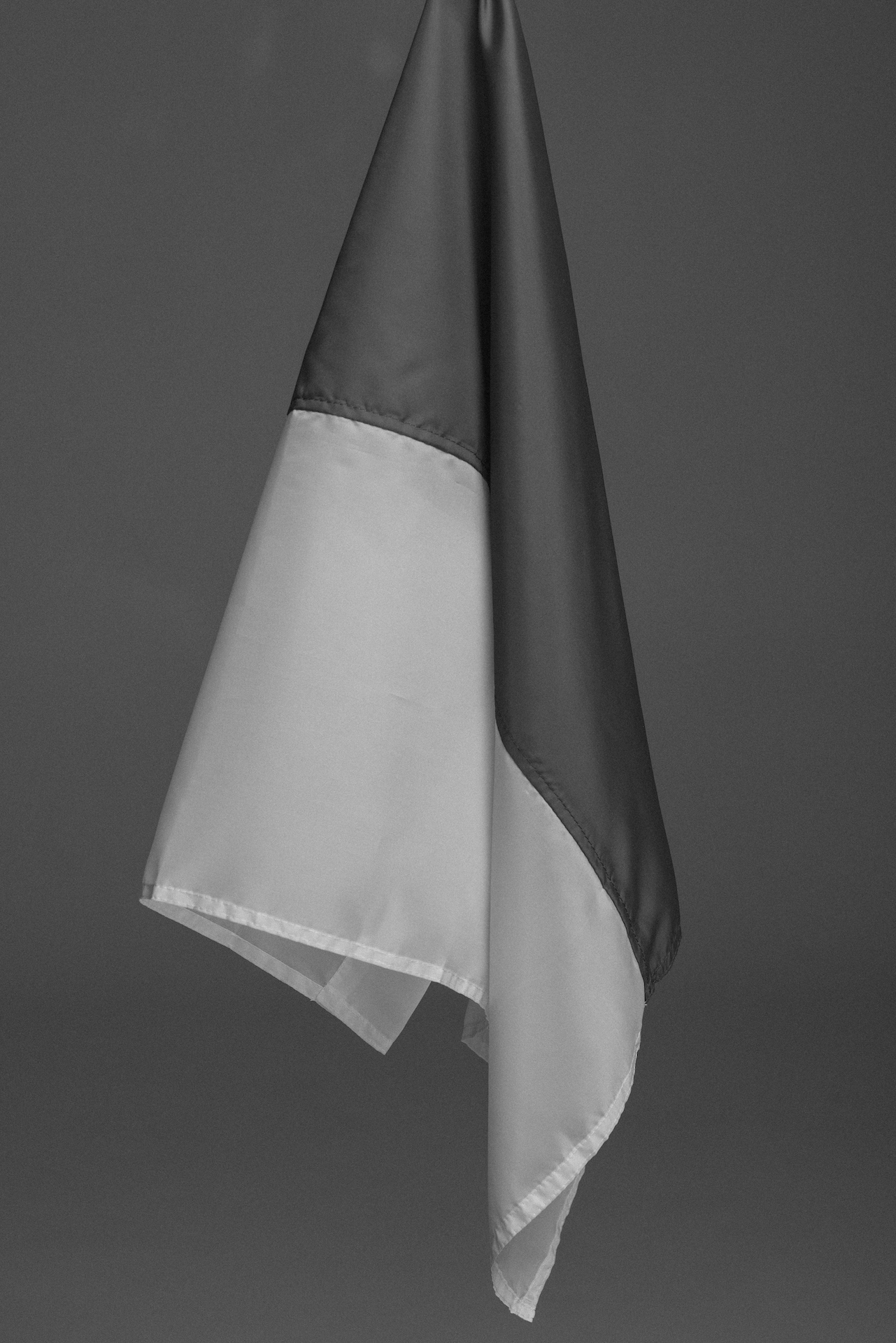 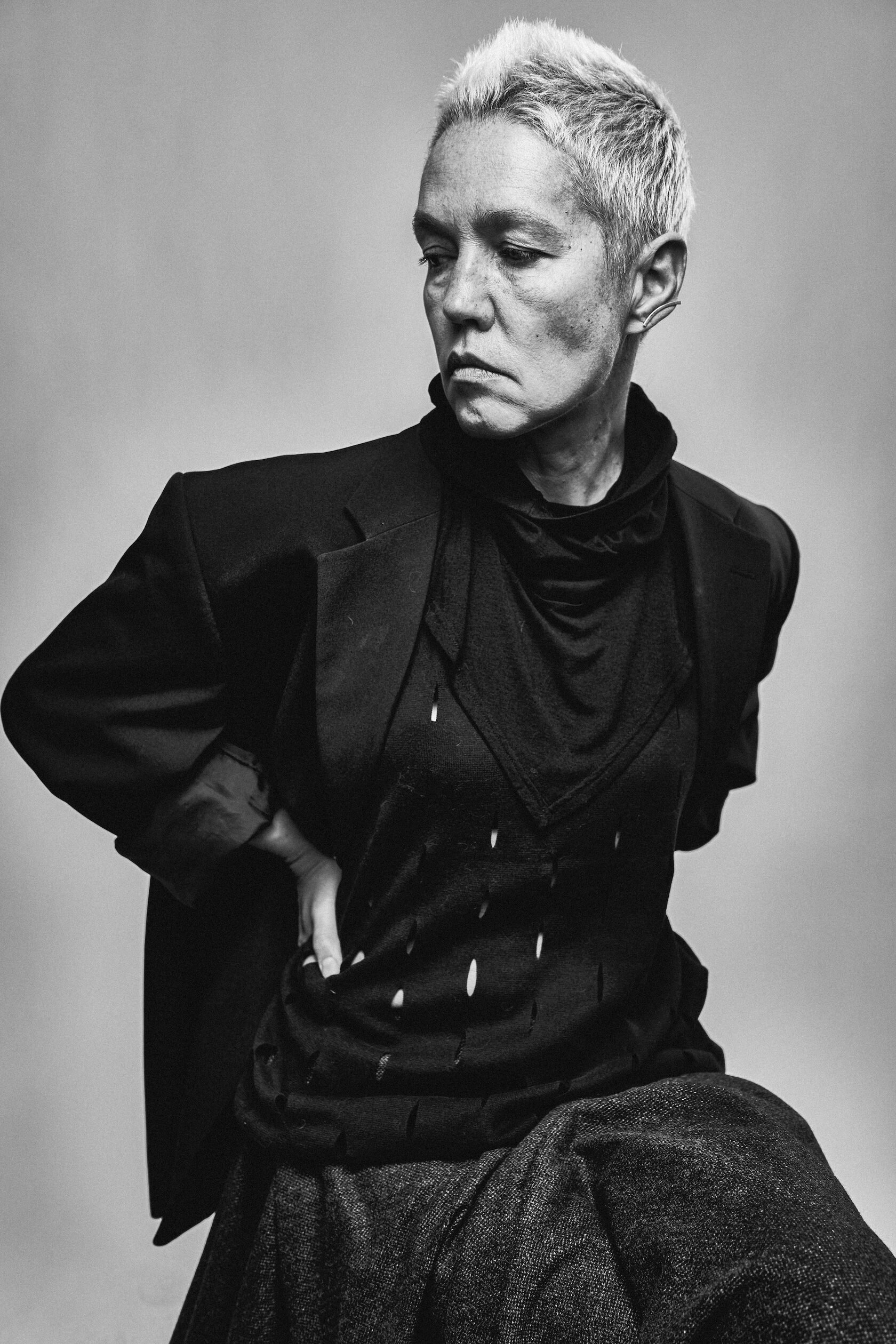