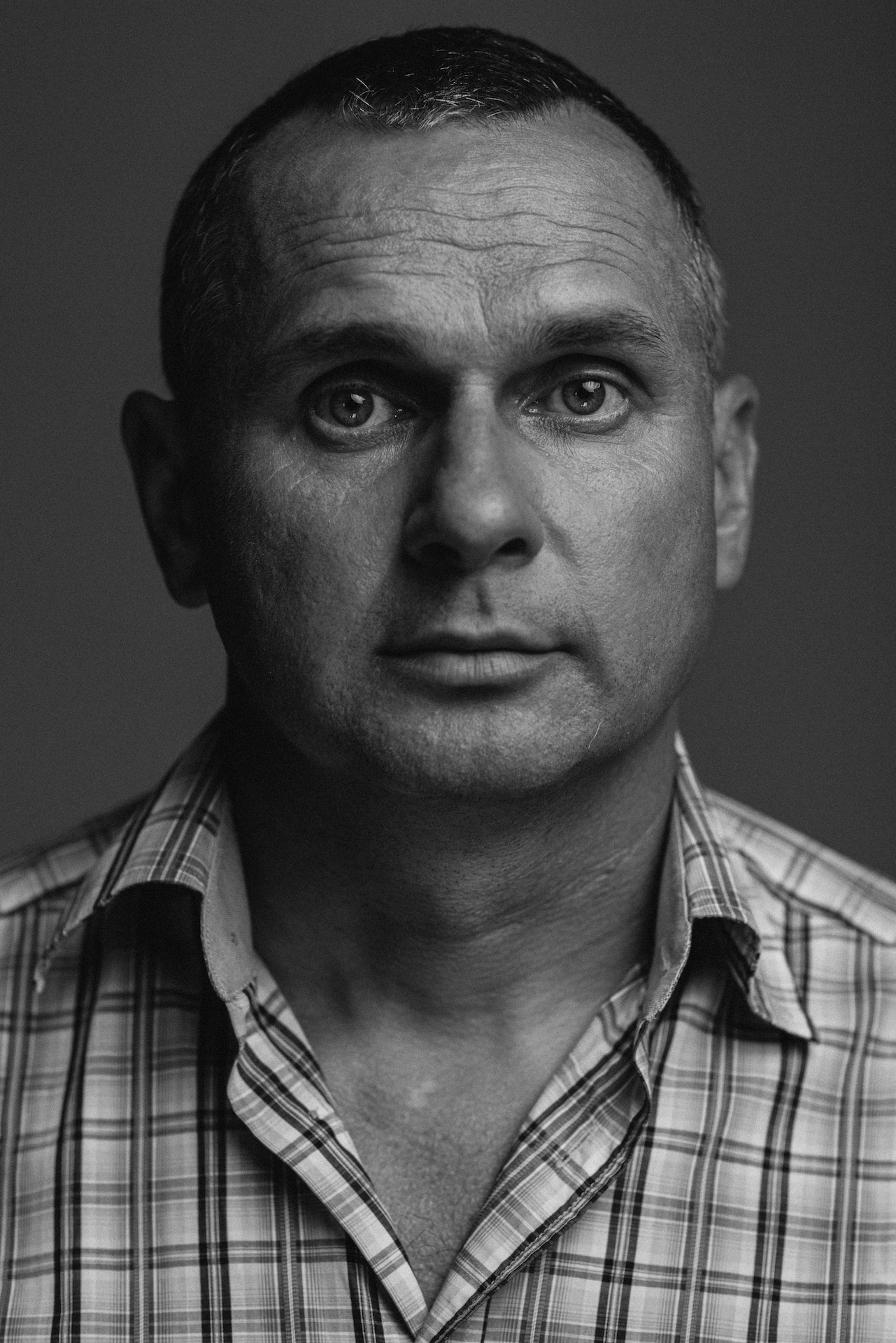 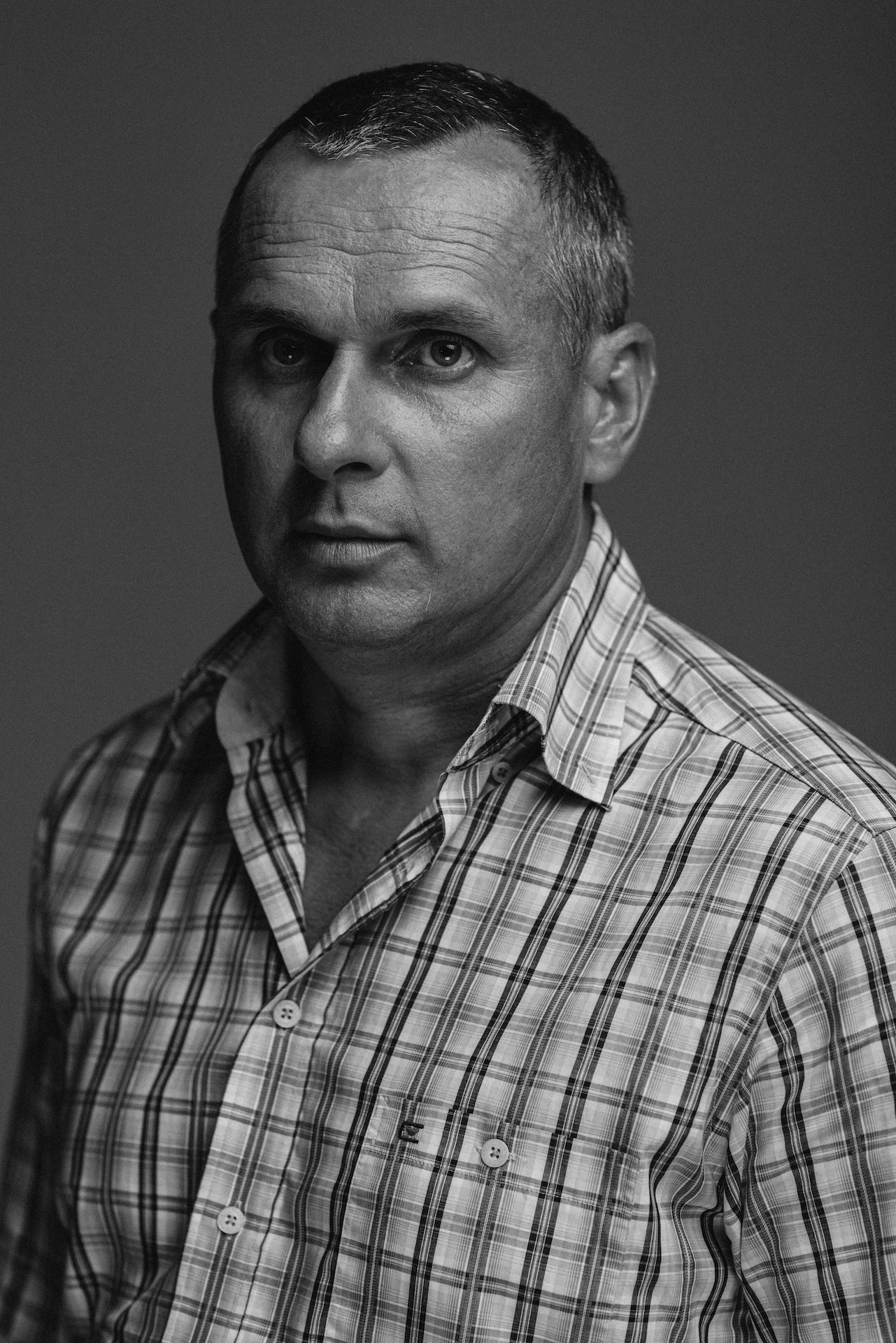 Ukrainian filmmaker and writer, social activist. In 2012 he made his debut at the Rotterdam International Film Festival with the feature film 'Gamer', and the next year presented the script of his second picture, 'Rhino'. Production of the film was not finished, because on 10 May 2014 the Russian security service arrested the director in Simferopol on suspicion of terrorism. In August 2015 Oleh Sentsov was sentenced to 20 years imprisonment, and subsequently transported to the pre-trial detention centre at Moscow's Lefortovo prison. During his imprisonment, he went on hunger strike, demanding the release of other political prisoners of the Kremlin. On 7 September 2019, he was released as part of a prisoner exchange between Ukraine and the Russian Federation. 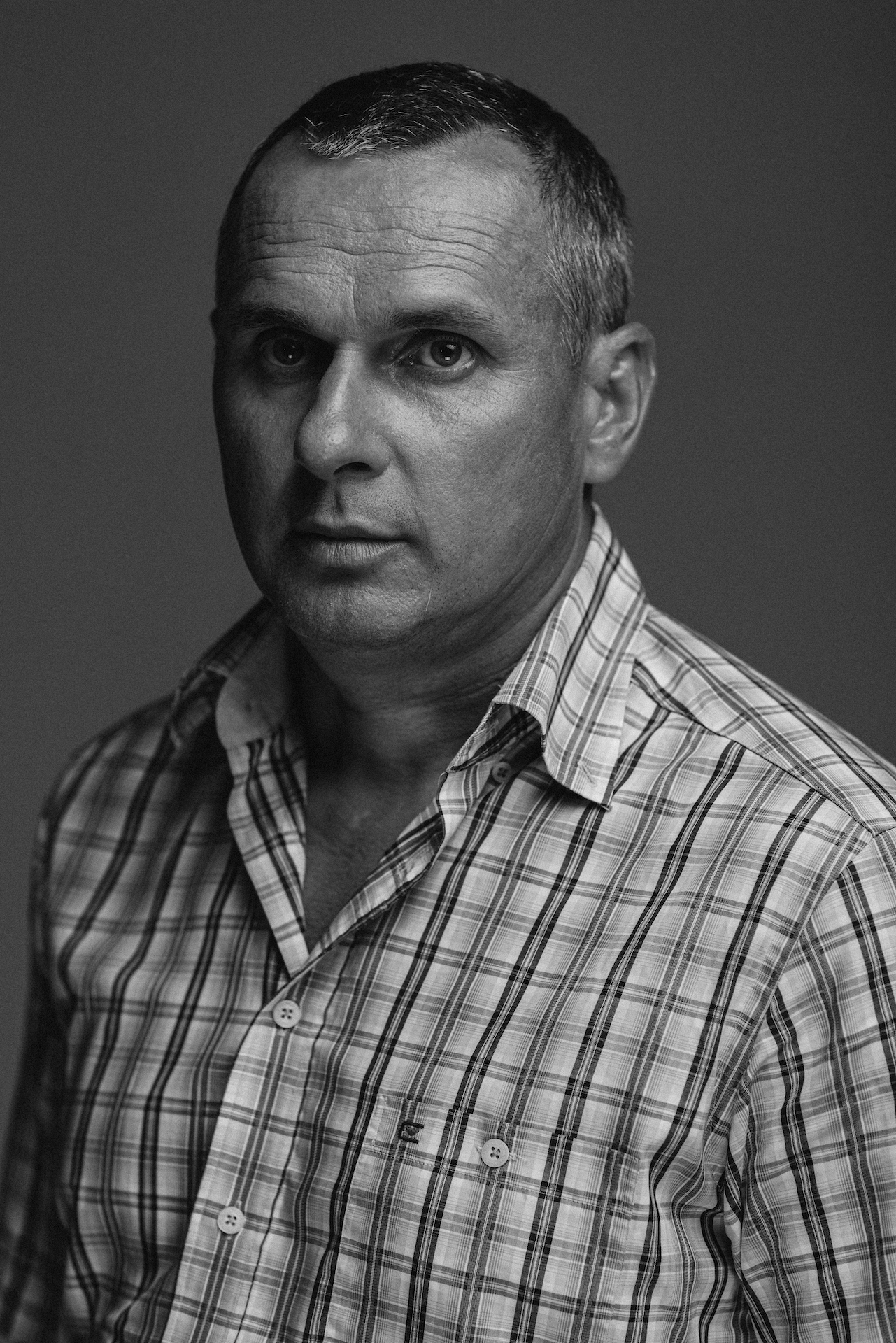 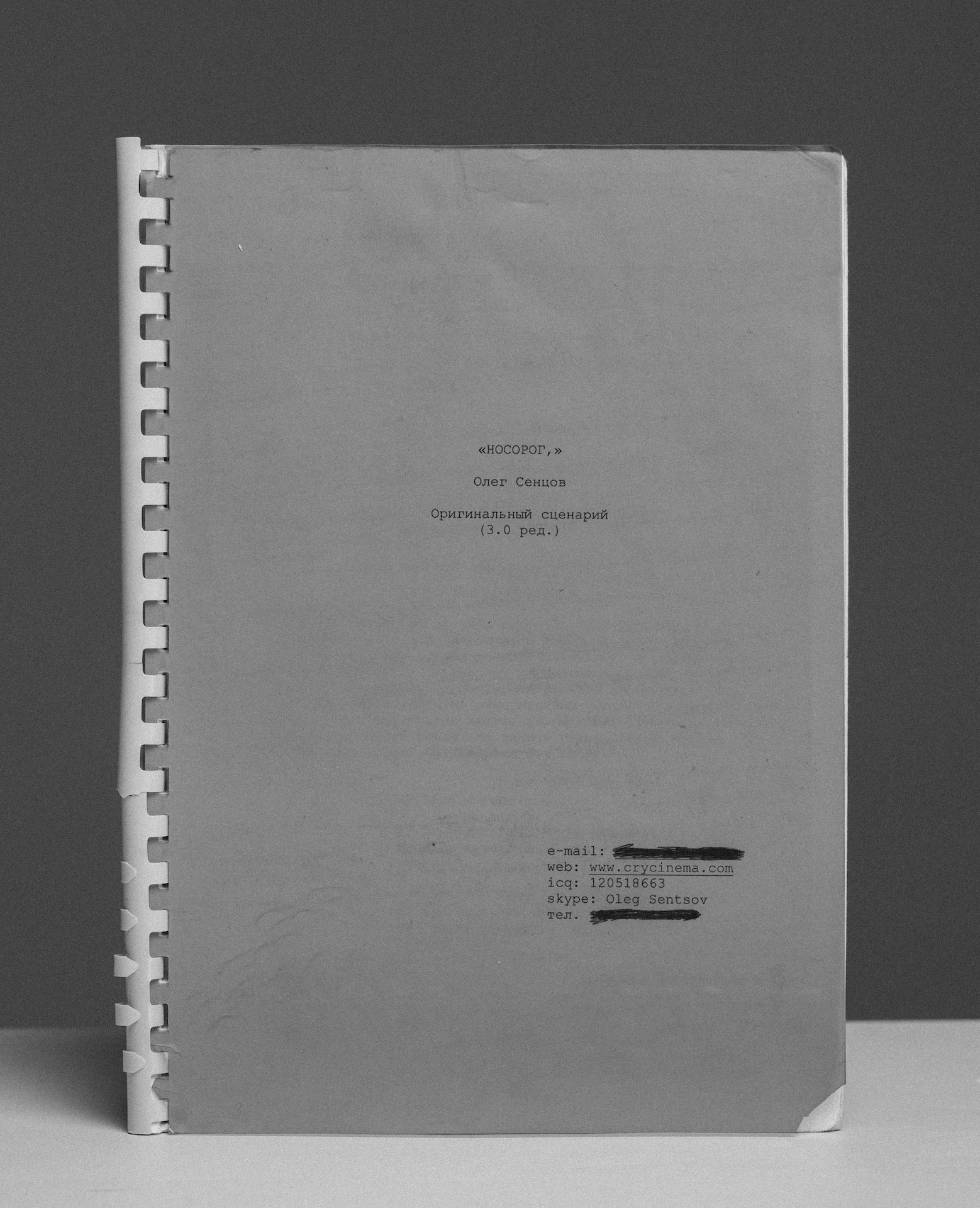 I feel uneasy when I'm not shooting. It is such a specific creative anxiety. Thoughts and ideas get stuck in your head, and you need to realize them. Until you have done this, it will torment you.

Now I have finished a film, the vision for which has been with me for the past ten years. When I saw it on the screen, I felt relieved. It is a constant need in creative work—it's like a ball and chain. It is yours only and has nothing to do with anyone else. If people like the result, that's good, if not, then oh well. The very need to create is primary.

In creative work it is as if a person is naked. You are exactly as you are, you cannot hide. Sometimes people try to shield themselves with others' ideas, like fig leaves, but this insincerity is always perceptible.

I make films not for the sake of the viewer, it is my personal primary need. It is the same as sleep or food
From an early age I loved cinema, but I did not dream of becoming a film director. I started off as a writer, with short stories. It was not until later that ideas about films and scripts appeared. I finally understood that this is what I wanted to do at the age of 30. I tried to enrol in various courses for directors and screenwriters, but this format didn't suit my character. Then I concentrated on individual study, and soon I started to shoot my first short films.

I think that every one of us has the skills and potential for a bright future. The main thing is to be an individual, don't lie to yourself. Follow your calling, no matter what others think. It is the only way.
Independence did not change us like Maidan did. Because gaining independence in 1991 was like getting it on credit.

It was specifically during Maidan that I recognised myself as a Ukrainian. Until then, the national symbols had been something distant. I did not have an understanding of the importance of patriotism. The events we lived through forced us to feel like citizens, a nation, to value this.

During Maidan people felt an acute need for art, and after those events in Ukraine, it is flourishing. When there are attempts to throw down some sort of boundaries, limitations, there is always such an eruption of energy. Not just a political and social eruption, but also a cultural one.

A patriot is a person who strives to do for his homeland more than for himself. He is prepared to leave his comfort zone, give his own safety or life.
In prison, a new world did not open up for me, I had already seen a lot and knew a lot. During my imprisonment, I continued to work. A draft of the 'Rhino' script was confiscated from me during a search, allegedly because it is a crime drama. They scrambled together everything possible to prove that I am a terrorist. But it didn't work out, because the script isn't about that.

Usually I start work on a script from a manuscript, then I type a draft in several iterations. It was the third draft. They soon gave it back to me in prison, and I travelled with it, reread it, and made notes. The next version was done on the basis of these notes, and we have already shot the film based on this.

It is the only thing which I still have from Crimea. All the rest has remained there. I don't hold on to those things, it is as if they have remained in a past life.
A patriot does not expect an award or approval of his actions. He does it because he considers it necessary
Why can't you become a good director at 16? Because you still have nothing to talk about. You need to see a lot and live life first-hand.

As Tarkovsky said, art is a yearning for the ideal. People come to cinemas for a story that will stir up their emotions. They want to see another life, live through an experience which they have not had in their own lives.

I do not make political and social cinema, and I do not plan to do so. It is too painful a subject, which is easy to manipulate people with. I consider it necessary to separate creative work and active public life.

I only shoot what I want to shoot. I shot 'Gamer' with a 20,000-dollar budget and a team that refused royalties. Soon 'Rhino' will come out. It is the story of a mate who I knew for many years. He is a real antihero, one of the worst. And it is for exactly this reason that I'm interested in telling his story.

'Rhino' is the first film where I'm responsible for everything. It is mine from beginning to end. One could say that it is where my real career starts.
A real author always writes about himself. All my characters are me or a little part of me at certain moments in my life
My life is divided into 'before' and 'after' Maidan (Revolution of Dignity, the mass protest movement in 2013-2014 against corruption and in support of the European direction in Ukraine's foreign policy). It changed me, many others, the whole country. There is no way back 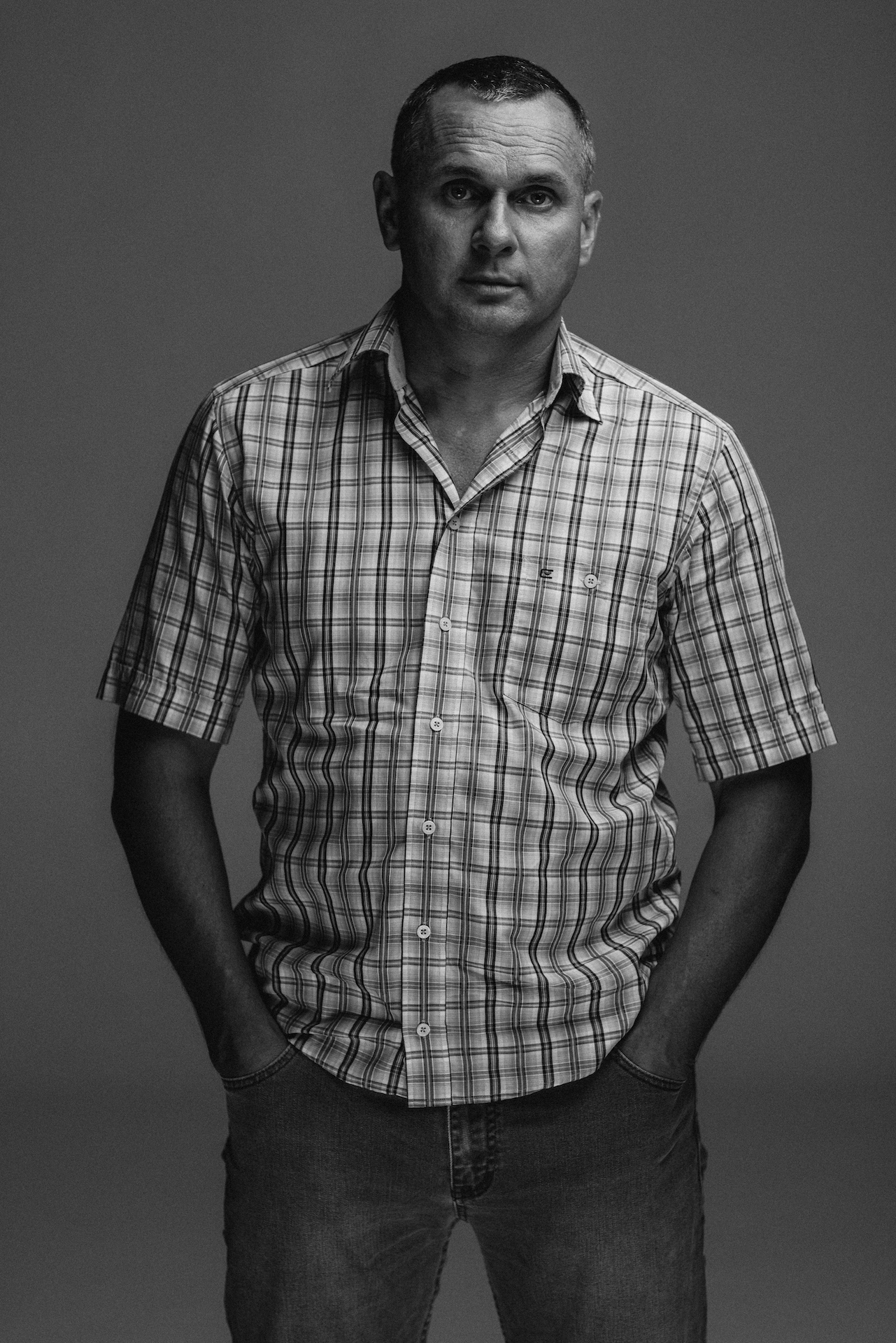