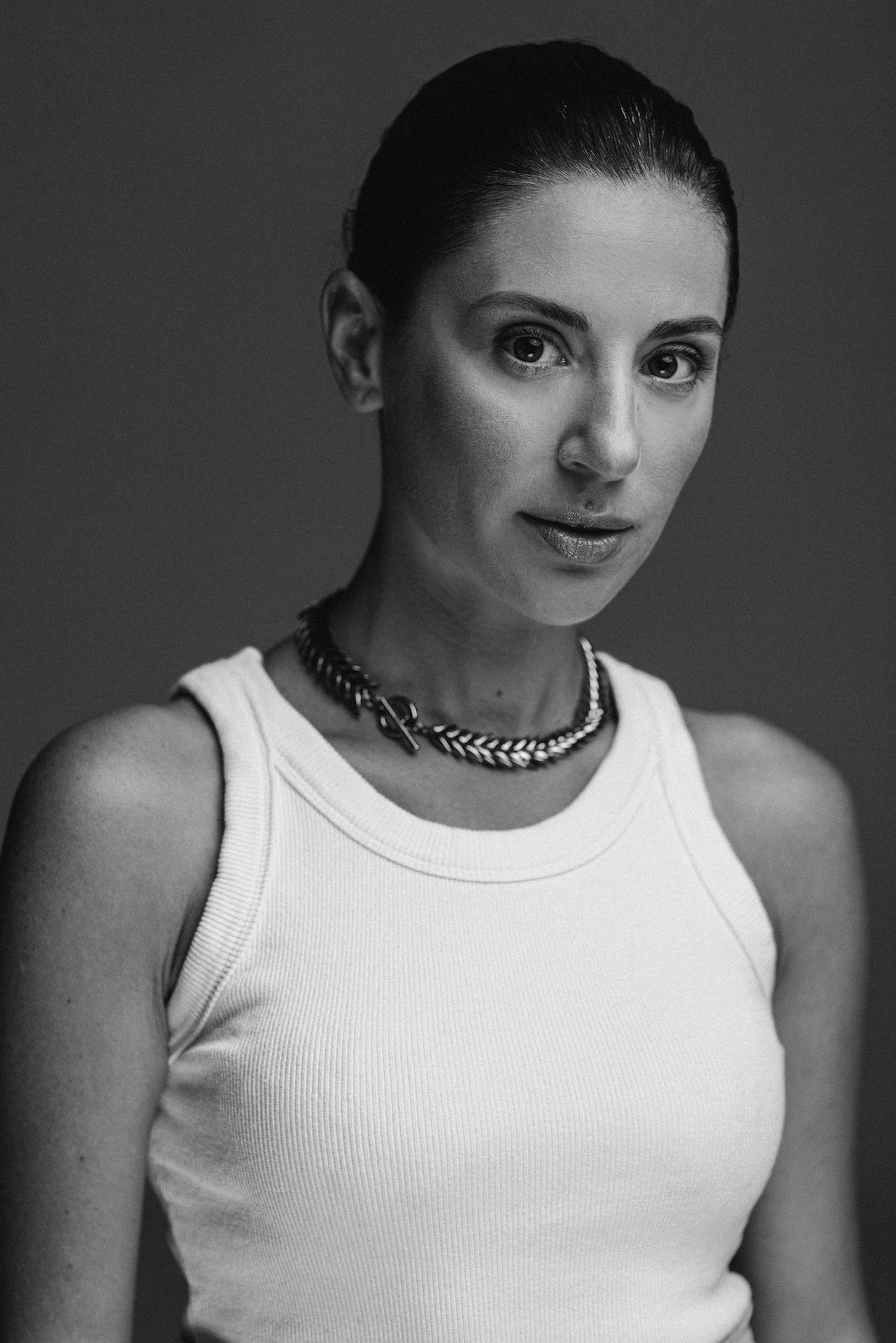 Ukrainian designer, owner of the BEVZA brand. She is famous in Ukraine and worldwide as a minimalist designer. Svitlana has held to this aesthetic from the moment of the brand's creation. Other than her popularity in Ukraine, her highest exponents are the sale of the BEVZA collections in the USA and Europe, in particular by the largest online designer clothing retailer NET-A-PORTER, and also in 12 shops worldwide. Svitlana Bevza was judged the best women's fashion designer in the national Best Fashion Awards prize (2013, 2019), and the designer of the year in the Elle Style Awards (2018). 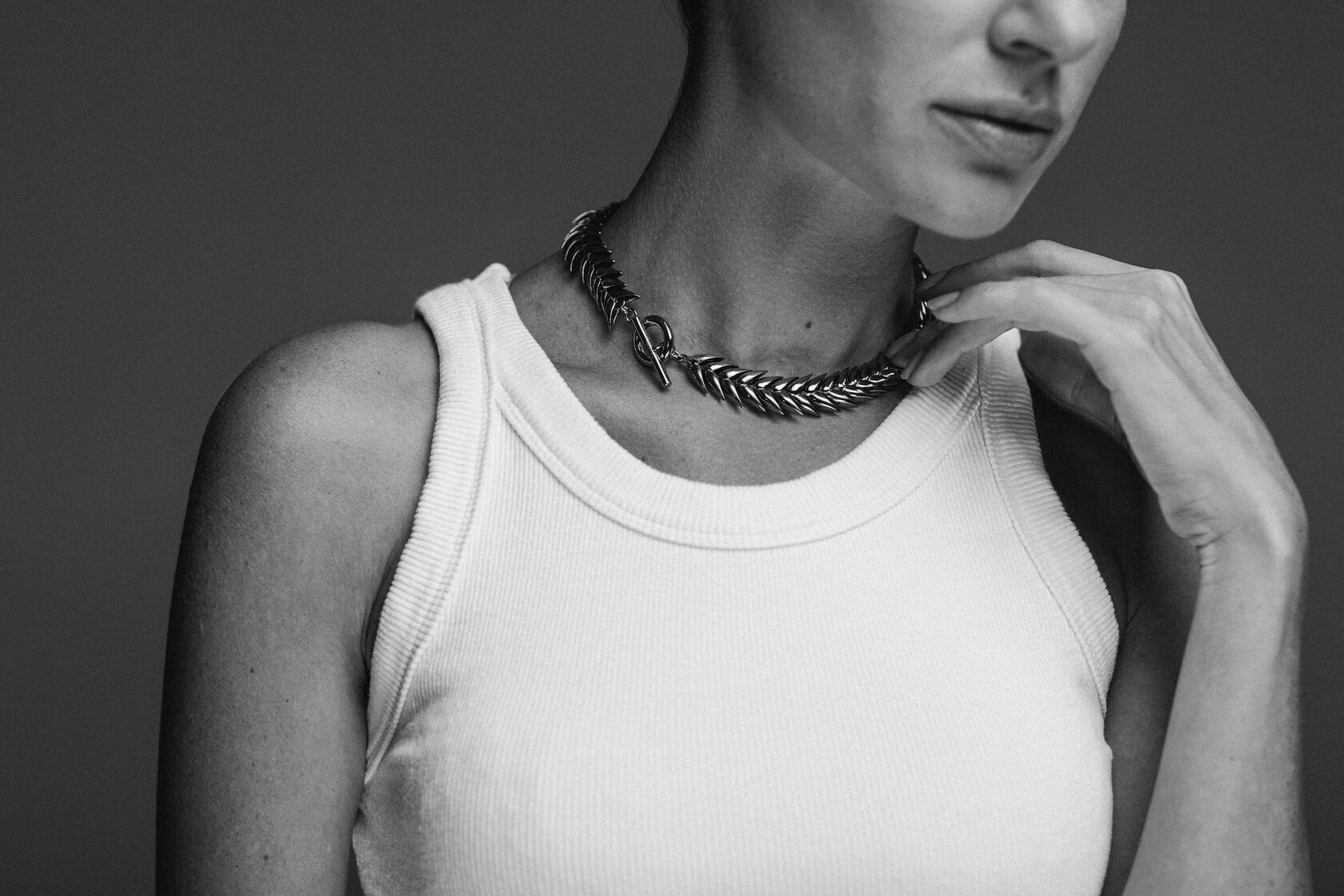 For the BEVZA brand this colour is special, from collection to collection it gains new forms and modes of expression. These can be any sort of item of clothing, but a white dress will always be there: it is a key element of the brand.

Of the achievements which have become the most important in the development journey of the BEVZA brand, I would like to mention the final of the Vogue Talents international competition in 2013. It became the beginning of a qualitatively distinct stage of our work. Of course, I am very pleased that I have twice been chosen in Ukraine as the best designer of women's clothes.
Initially for me the colour white was a unique part of the brand's aesthetic, the embodiment of purity, peace and new beginnings
I had the luck to define my profession very early. According to my mum, at 4 or 5 years old I had already begun to draw clothes and said for the first time that I wanted to have my own fashion house.

The process of creating clothes is the most interesting and the most pleasant thing for me even today. However, it is a great myth that a designer only does creative work. As the owner of a brand, you have got to have a clear understanding of your product, client and long-term goals. The most important thing in building a business is to organise the work of the team properly, because ultimate success depends on every one of its members.

Amongst my colleagues I would mention, in particular, Ksenia Schnaider who makes things from recycled denim which have had great success abroad.

For the development of the fashion industry in Ukraine the support of the state is also important. The fashion industry is one of the leading sectors in the world based on financial indicators. A lot has already been done for its development in the country, and I am grateful for the founders of Ukrainian Fashion Week Iryna Danylevska and Volodymyr Nechyporuk, who have supported young talents and experienced designers for years.

If we made Ukrainian Fashion Week a non-commercial organisation, replanned the system of state grants and established collaborations with international media, we would be able to more actively develop the fashion industry here, in Kyiv.
In Ukrainian fashion there are unlimited opportunities on the international market. We have longstanding traditions linked with creating clothing with hand sewing techniques. We have something to be proud of and on the basis of which to create something new and modern
Ukrainian designers are respected in the world as professionals who make quality clothes with original thoughts and ideas
The Ukrainian language has always been heard in my family, and as far back as the early 1980s my grandfather was one of the few to wear a vyshyvanka on a regular basis. I grew up on Ukrainian culture and values.

Patriotism is a completely organic thing for me. You know, love for your native land is something that is natural for everyone. Patriotism is the desire to teach your children to respect your country, explain the history of this land, and speak about the difficulties which our nation has gone through over the years.

Thoughts that it is always better abroad are the consequences of Soviet propaganda, and they are gradually being left in the past.
Sonya Delaunay was from Odesa, Kazimir Malevich was born in Kyiv, Serge Lifar, the star of the Paris ballet, considered himself a Ukrainian until the end of his life. It doesn't pay to forget about this yourself, we must remind the younger generation.

All the BEVZA collections contain a reflection of the Ukrainian cultural legacy. However, I see it as important to give it new meanings instead of reproduction and borrowings. For example, our 2021 spring-summer collection is dedicated to the Trypillian culture, which was spread across the territory of Ukraine starting from 5400 B.C. It is nice that after showing the collection journalists from all around the world became interested in this period of Ukrainian history.
A considerable number of eminent personalities have precisely Ukrainian roots, and it is very important to preserve the memory of and knowledge about them
If you care for the land, for nature in your country, then you will receive a good harvest. The ear of wheat is the bread which is a symbol of life. In a country with tragic pages in its history related to the Holodomor (intentional genocide in Ukraine from 1932 to 1933 organised by Russian Soviet government with the aim to suppress Ukrainian resistance, millions of Ukrainians were deseased of femine) it is impossible not to recognise its value. Bread is important and protean, a sacred Ukrainian symbol.

A tragic incident inspired me to create ornamentations shaped like ears of wheat. We were shooting an advertising campaign in a field and became witnesses to a car crash. A woman didn't manage to make a turn and flew into a ditch. She fell out of the car straight into a field of wheat. It is a miracle that she was left unharmed. An idea came to me in a flash that it was the very wheat that had saved her life. So arose the idea of ears of wheat as embellishment, decorative talismans.

As soon as we showed this collection for the first time in New York, it became a bestseller, and to this day the demand for these embellishments is not receding. It was also very pleasant to receive the comments of the foreign diaspora, because these ears of wheat remind them of Ukraine, and they wear the decorations with pride. I noticed that recently clients are paying more and more attention to the ideas. I would like for this ear of wheat to become a symbolic link uniting Ukrainians across the world. All those who remember their roots and are in love with our culture. 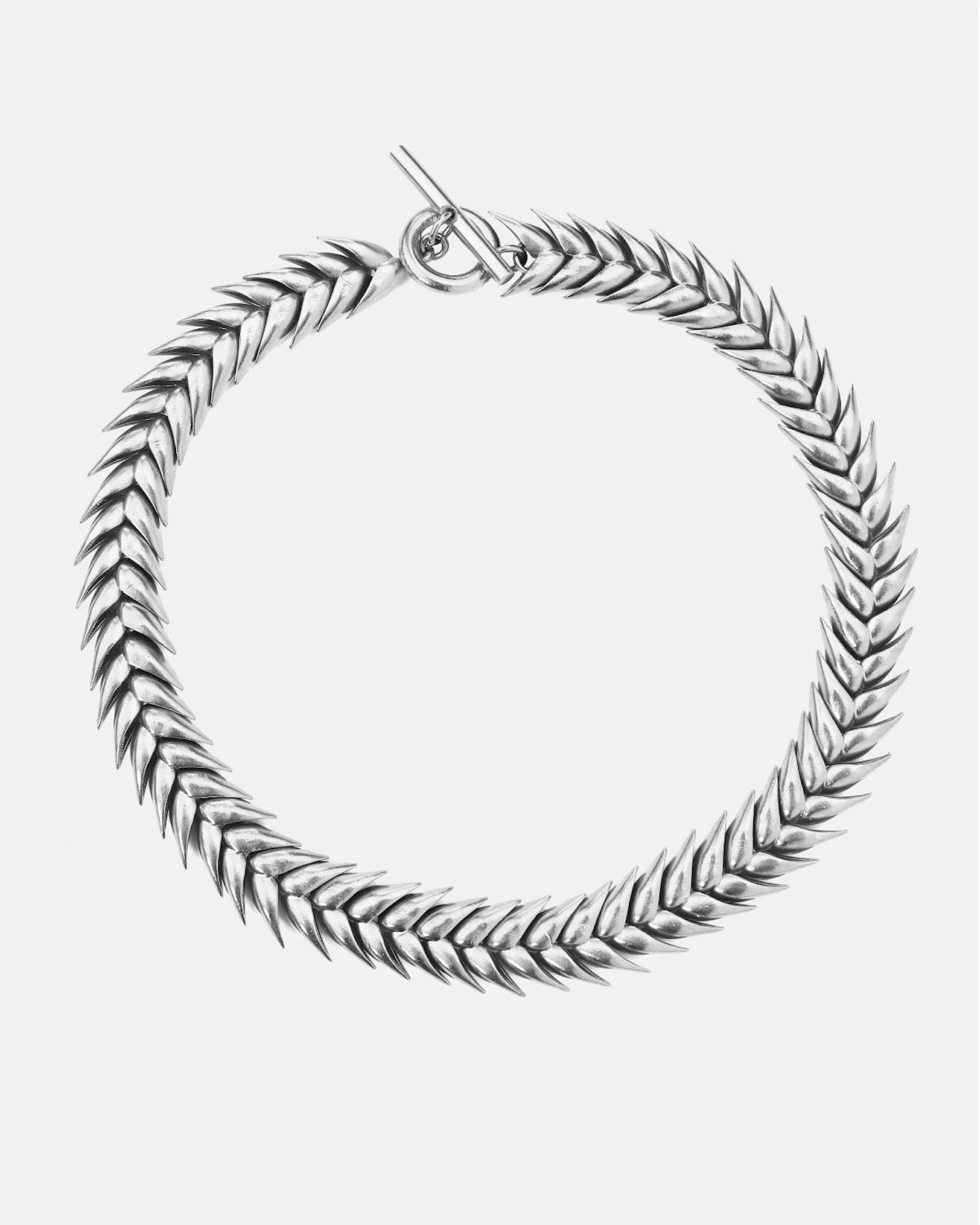 The ear of wheat is an important national symbol for me. It is a link with nature, with the Ukrainian land, with its value. And in the wider sense the link of cause and effect is contained within it: you reap what you sow