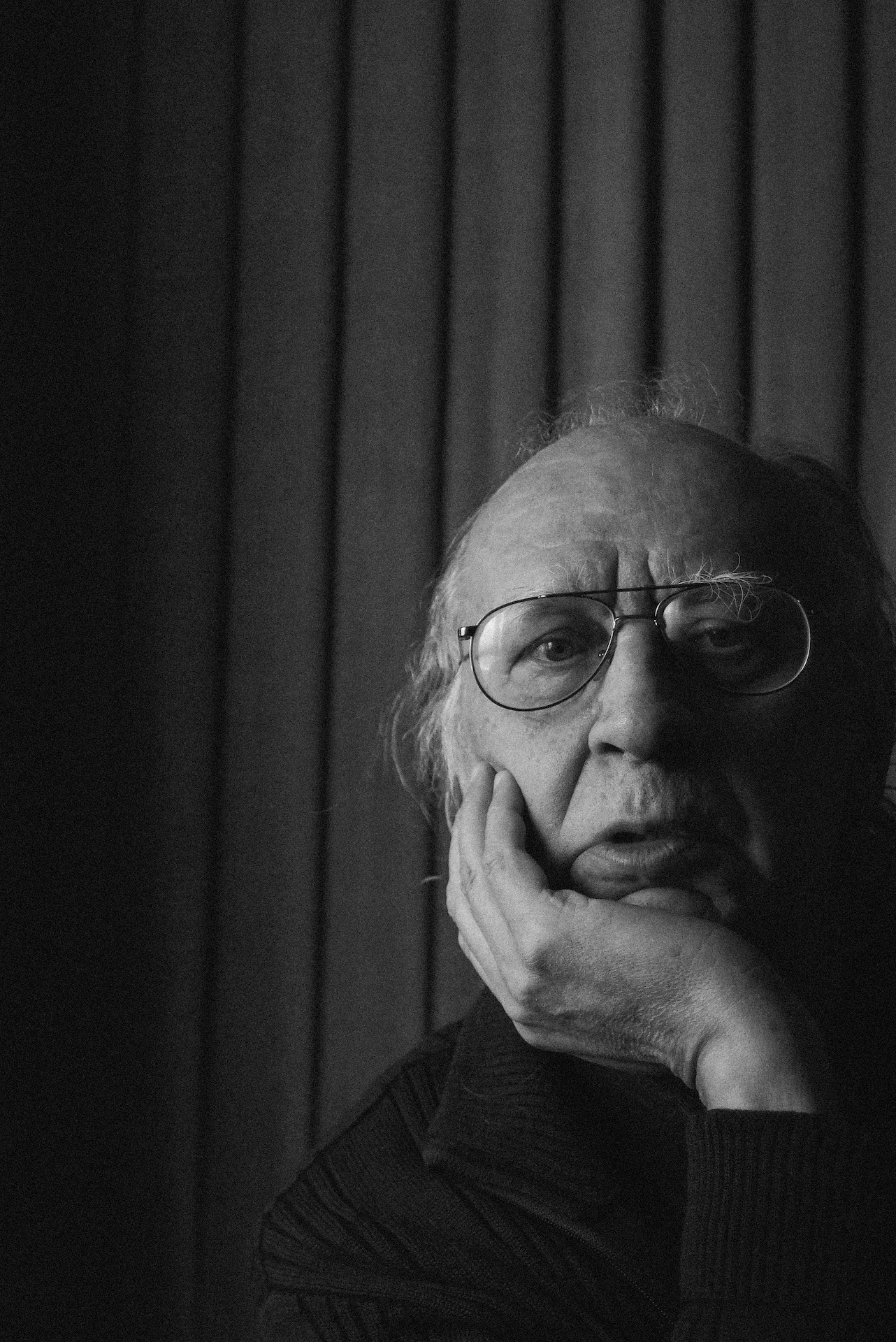 Composer, laureate of Shevchenko National Prize, Koussevitzky Composition Prize (USA), Internationale Gaudeamus Muziekweek (Amsterdam). Was a member of a creative association 'Kyiv Avant-garde' (an informal group of composers, established before 1965 in Kyiv, where members were studying music of Ihor Stravinskyi, Béla Bartók, composers of a Second Viennese School, and other avant-garde composers. Due to differences with retrograde tendencies of the official music establishments of the USSR, members of "Kyiv Avant-garde" were subject to harassment). An author of six symphonies, numerous choral and orchestral pieces, and piano cycles. Created film scores for movies by Francois Ozon and Kira Muratova. 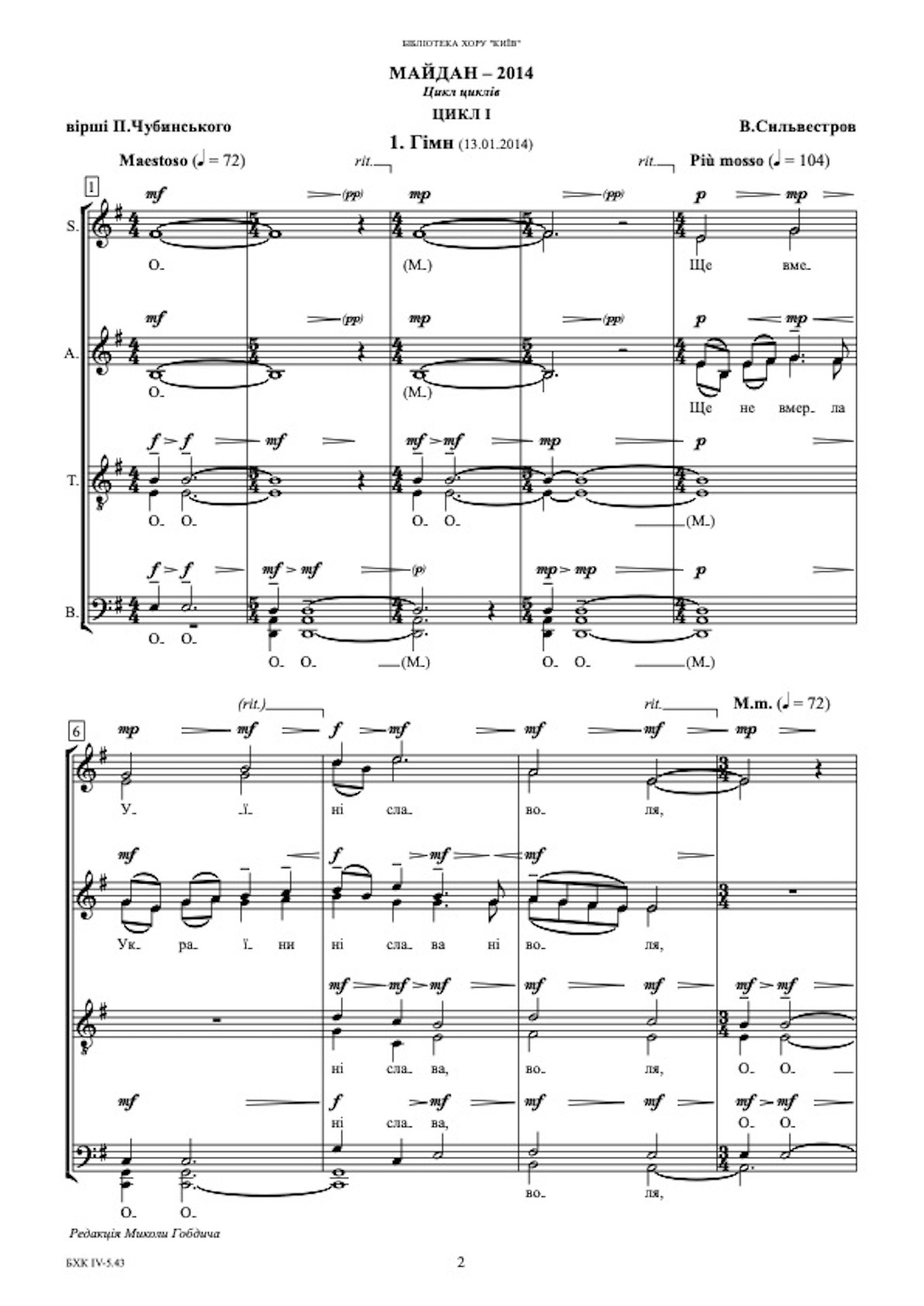 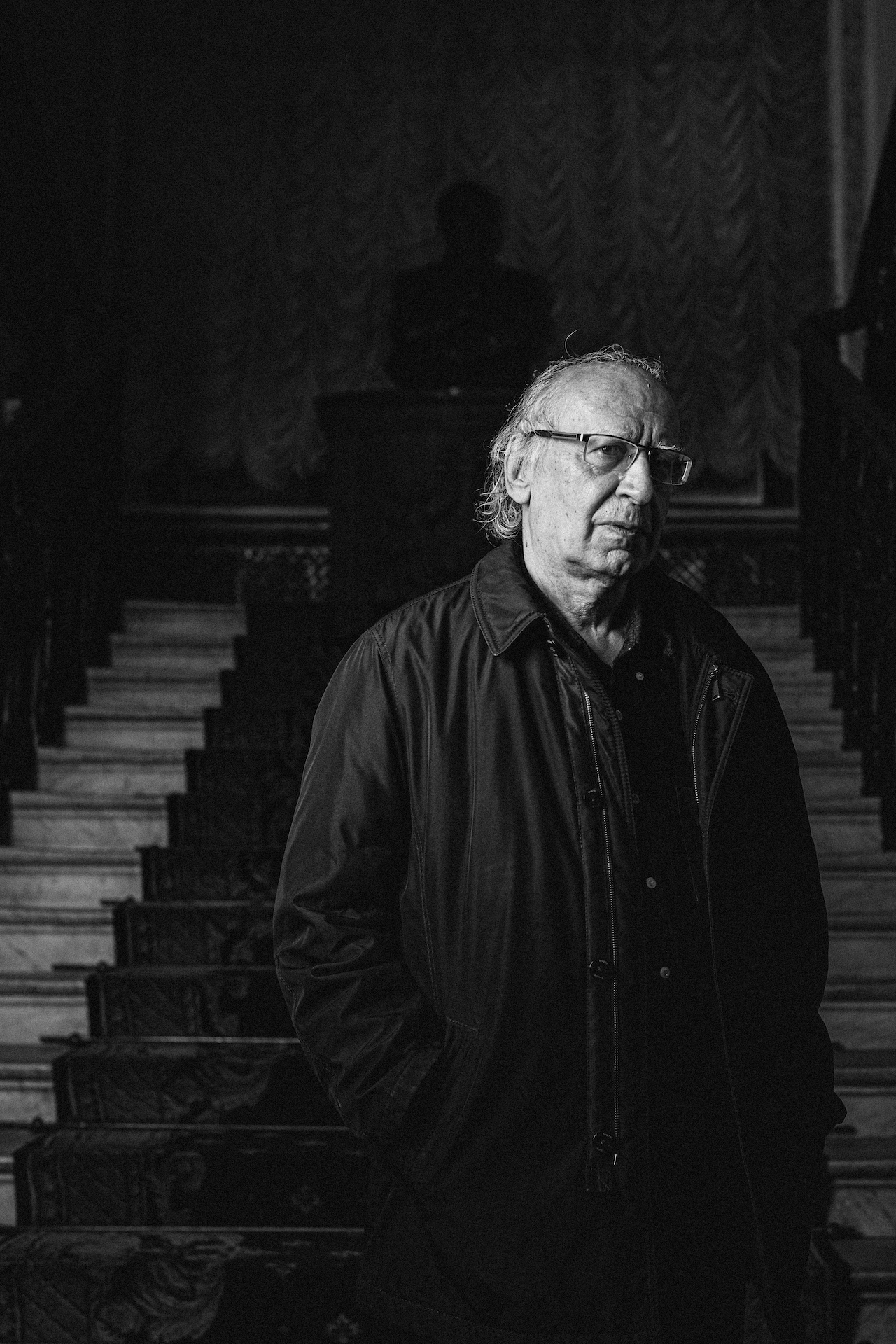 I am outraged by the Russian rhetoric of today, by the hugs of Volodymyr Putin with Patriarch Kyrylo. The fact that the Pope and the world's community accept these criminals and have a conversation with them.
With their actions, the Russian government is slandering and defiling one of the world's most prominent cultures. Neither Pushkin nor Lermontov or Mandelstam were criminals. If their works are close and valuable to you, you will not become less of a patriot, and you will not stop being a Ukrainian citizen.

Russian language and culture are not a property of the current government that is ruling the country. In Europe, the priority of the civil over the national is always recognised. The path of hatred will never lead to victory.
I was born on the banks of the Dnipro river, and I have written vocal music with lyrics by Taras Shevchenko. I would like his poetry to be sung.
In my cycle 'Maidan, the anthem is performed in five different variations, intertwined with the liturgical motives and the echo of the St. Michael's Golden-Domed Monastery's tocsin.
The cycle ends with the Belarusian lullaby. The Belarusian language has an intrinsic tenderness and sentiment to it. And Ukraine, along with Italy, could be called the homeland of melody. Just like Germany could be called the homeland of harmony.

How would future Ukraine sound? I have to say, I mostly communicate with the colleagues of my generation, such as Vitaliy Hodziatskyi, Leonid Hrabovskyi, and others. However, I see a lot of interesting and promising composers among the younger generation as well, for example, Viktoriia Polova or Liudmyla Yurina.

They are not popular worldwide yet, but did you know that even Bach did not become famous immediately? For a long time, he was perceived just as an ordinary organist.

There are two main components when it comes to writing music: talent and skill. It is a mysterious process, even recordings of music hide a certain mystery, a secret.

I am a Ukrainian citizen, I was born in Kyiv, that's why I don't have any other choice but to support my country and care about what is going on with it. I can't call the actions of the Russian government anything else but a crime. And it is especially cynical when it is done under religious and moral slogans.

Composers and musicians have always relied on the sound of the world around them. For now, I would like to step back to the silence. The modern world sounds extremely loud, too loud.
Any kind of music begins with a sound - it is its grain and seed. A composer is like a gardener, he cultivates the music, but the seed comes from people. Thus, people become the first and most powerful composers.

In the era of modernism, there was a time when poets denied the usage of words, leaving only rhythm and sound. But even when I was an avant-gardist, I never lost my connection with classics. It doesn't mean that I would want to "copy Schumann", but one way or another, the world's heritage reflects in you, it has a great influence. I always play classical music, always listen to it, and without it, I wouldn't have succeeded as a composer.
For a long time, the cantata on Shevchenko's poetry has been considered to be too complicated and impossible to perform. However, later it was discovered and performed by the Dutch choir, and only after that our choir "Dumka" recorded it.

For me, Shevchenko's poetry is like a hymn, it has to be sung. It became to be his personal curse: he could have lived a happy life as a successful painter, but his gift did not give him the right to remain silent. Even we, as Ukrainians, do not fully comprehend the sacredness and depth of Shevchenko's words. And we have a similar situation with our national anthem.

The Ukrainian anthem is not as bravura as it is melodic. Its author was not only a composer, but he was also a priest. Even during the hardest times of the Maidan, among thousands of sounds, screams, and echoing, the anthem was always present with us. It was played on the Maidan every day, along with the prayers. At that time, influenced by these events, another piece of my work, most closely connected to Ukraine, was born.
As Shevchenko wrote, "And there will be a son, and there will be a mother". There will be peace on our land, and beauty, and music, and poetry, which were always born through painful trials and heroic experiences of many nations and cultures.
Ukraine could sound, as the philosopher Serhiy Krymskyi wrote, "as a burning heart". Our mentality is like a tearful gift, there is so much kindness and sentimentality in it. A burning heart is our emblem. A heart, not a fist. 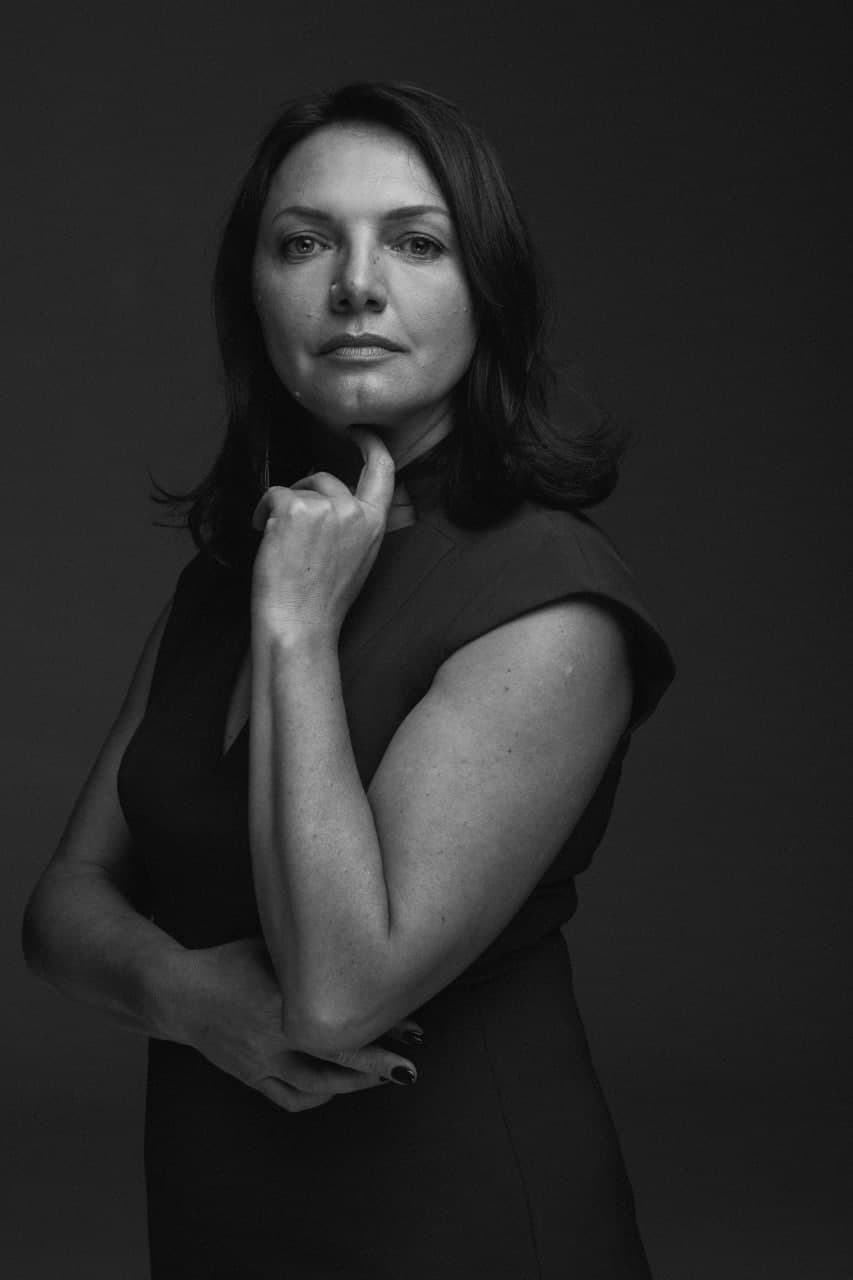